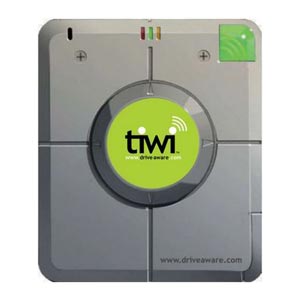 ­After reaching the age of 15, teenagers in some parts of the United States can head over to the DMV and take a written test to possibly get a driver's permit -- the first official step in learning how to drive. It's essentially a license to practice, but it has its restrictions. To legally drive with a learner's permit, a teen must also have a licensed adult present in the passenger seat while the car's on the road. The idea, of course, is to provide the teen with on-the-road experience, while at the same time, the adult is there to instruct the novice driver on good driving skills.

The real sense of freedom, however, comes a little bit later -- sometimes a year later, other times a little longer -- when it's time to head back to the DMV to take both a written test and a road test. The mixed sense of nervousness, relief and freedom one feels after passing the tests and receiving a driver's license can be a feeling most high schoolers will remember in the coming years. Having the independence to drive on your own or with friends is something many look forward to once they have their new license in hand.

But as fun, liberating and grown-up as it might feel for a new driver to finally hit the road, there is increasing concern over the safety issues that come with teen driving. In fact, motor vehicle crashes are the leading cause of death among teenagers in the U.S., accounting for more than a third of all deaths for people between the ages of 16 and 19 [source: Centers for Disease Control and Prevention].

To combat this, parents, state governments and other organizations are devising ways to educate new drivers, including tougher laws and restrictions and a more involved graduated driver licensing (GDL) systems that give teens as much experience as possible before they receive full licensure.

­A popular current trend, however, involves using GPS computer technology to track and monitor teen driving habits. One of these devices is the Tiwi, developed by Inthinc, and its makers claim it's a "breakthrough" in monitoring technology. There are several of these types of devices already on the market, so how is the Tiwi different?

Tiwi and the Speed Limit 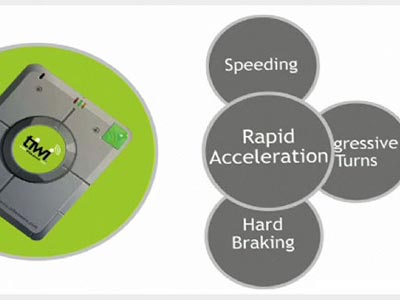 The Tiwi System is different from other monitoring computers in that it can identify an area's speed limit and alert parents when their child is speeding.
© Tiwi

When they first head out on the road after getting a license, teenagers haven't much experience behind the wheel, and they're likely to underestimate dangerous situations on the road. For some parents concerned about their children's driving habits, purchasing and installing a GPS-based electronic unit into their teen's vehicle is one way to keep an eye out even when they can't be in the car with their teen. The idea is to monitor the teen's driving habits by communicating with the parents over phone, text messaging or e-mail. There are several different models on the market, and almost all of them send information on a vehicle's location or how fast a teen is driving.

The big difference with the Tiwi system, however, is its ability to understand the speed limit in which the car is located. Most GPS-based computer monitors will tell parents how fast their child is driving, and there may even be a function that lets them set a personal speed limit. For example, if parents don't want their children driving more than 60 miles per hour (97 kilometers per hour), they can set that as a limit, and if the driver exceeds that limit, the computer will send a message to the parents. From there, they can decide whether or not they should talk to their child and tell them to slow down or come home.

With the Tiwi, the GPS is sophisticated enough to tell how fast a teen is going in a certain area, and whether or not he or she is going faster than the posted speed limit. The Tiwi alerts the parents, but before it does, the computer system itself will talk to the teen. A recorded voice will tell the driver, "You're exceeding the speed limit; please slow down."

The Tiwi System computer is a small, gray, square box that sits on the vehicle's dash. It sells for around $549, and there's a monthly subscription fee of either $24.95 or $34.95, depending on the type of communication parents want.

So the Tiwi can tell you if your teen is speeding; what other features does it offer? 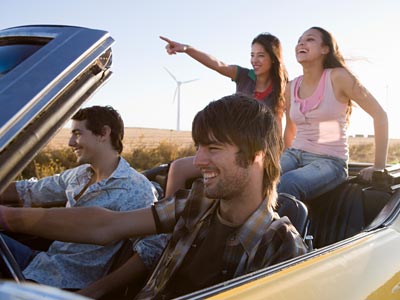