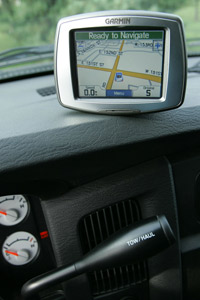 Maybe you've heard the stories of people driving into lakes or other hazards because their GPS device told them to, or maybe you've experienced some wonky directions from your own GPS -- routing you the wrong way on the highway or down a closed road.

It's estimated that as many as 560 million GPS handsets will be in use around the world by 2012, up from 175 million in 2007 [source: Meyer]. Although many of us would be lost without following the step-by-step course relayed by our computer passenger, it can be a risky plan sometimes. GPS isn't foolproof. Before we can understand how it can go wrong, we need a basic understanding of how it works. Very simply, GPS receivers use a combination of signals from a network of satellites and ground stations to figure out where you are and where you'd like to go. That information is then overlaid onto maps that are stored on your device.

No matter how expensive a GPS device is, when it comes to getting where you want to go, it's really only as good as the satellite network and its map data. The first strike against GPS is that satellite signals aren't 100 percent accurate -- for instance, they can't determine your precise location. They're pretty close though, within 164 to 328 feet (50 to 100 meters) [source: Corvallis Microtechnology Inc.].

­The second strike is that maps quickly go out of date. The directions your GPS device compiles are based on digital maps provided by a mapping and navigation company that has partnered with the device manufacturer. Without the most up-to-date maps, you're out of luck. Let's look in more detail at the reasons why your GPS device might lead you down the wrong path, from mapping problems to bad satellite signals. 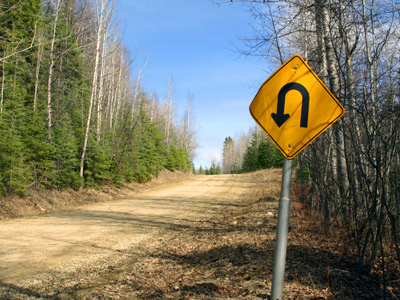