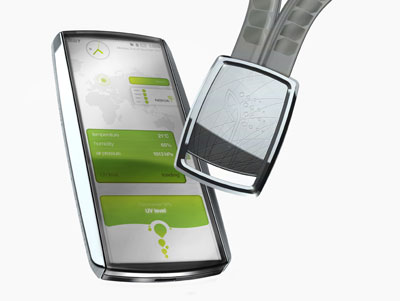 Since handheld gadgets like cell phones, iPods and BlackBerrys run on batteries, sometimes we forget that charging and recharging adds to the electric bill. Thankfully some forward-looking companies are developing innovative ways to power the gadgets that run our lives.

The Eco Media Player is an iPod-like handheld device that can be loaded with music and video files via a standard SD memory card. What's not standard about this media player is that you can power up the battery with a hand crank that unfolds from of the back of the unit. One minute of cranking gets you 40 minutes of audio playing power [source: TreeHugger]. The technology is based on the famous hand-crank emergency radios that inventor Trevor Baylis developed for aid workers and villagers in rural Africa.

Alternative fuels are another way to get electronics off the power grid. A company called Angstrom Power recently presented a prototype cell phone at the 2008 Consumer Electronics Show that runs on a tiny hydrogen fuel cell. The company claims that its Micro Hydrogen fuel cell platform fits right into existing cell phones with no modifications and promises twice the talk time of a lithium-ion battery. The device can be fully charged in less than 10 minutes.

A simpler way to recharge a cell phone is to rig up a standard cell phone with a small, wearable solar panel. Several companies are selling small arrays of solar panels that can plug directly into cell phones or other mobile devices. A Japanese company called Strapyanext is selling a 12-cm (5-inch) solar cell phone charger that can produce and store roughly 40 minutes worth of talk time during 6 to 10 hours in the sun [source: CrunchGear].

Solar technology isn't limited to cell phones. The Nokia Eco Sensor Concept is a futuristic personal digital assistant (PDA) prototype that comes with a separate wrist sensor unit. The wrist sensor is made out of solar cells which provide energy for the PDA. This wrist sensor can also generate electricity by capturing kinetic energy from natural arm movements, like some watches already do today. The screen of the Nokia PDA will use a highly efficient technology called electrowetting. In place of pixels on a screen, it uses tiny drops of oil that expand and contract with electrical charges [source: Nokia].

For more illuminating information on energy conservation and electronics, check out the links below.