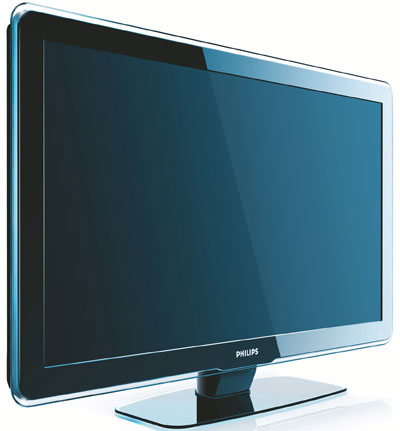 Television screens are getting bigger, sharper and thinner every year. While the action on the screen looks better than ever, the effect on your electric bill can be downright scary. The average American still only pays around $24 a year to power his or her TV, but that average is dragged down by all of the old CRT (cathode ray tube) TVs that will be replaced as more people upgrade to power-sucking high-definition (HDTV) models [source: American Council for an Energy-efficient Economy].

According to testing by CNET labs, the most energy-efficient HDTV costs around $30 a year to power, while the most power-hungry model adds nearly $230 to the electric bill each year [source: CNET]. Larger screen size is one of the biggest contributors to this leap in the cost of watching TV. According to a study by the Natural Resource Defense Council, an HDTV with a 40-inch (102-centimeter) screen or larger consumes more energy per year than any other device or appliance in the house, including a 22.5 cubic foot (0.6 cubic meter) refrigerator [source: Energy Star].

Different television technologies also burn through different amounts of electricity. Plasma TVs are, on average, the least efficient technology. Next come LCDs, followed by projection TVs and traditional CRTs [source: CNET]. But even within these general categories, there are many factors that can make a TV either an energy sipper or a guzzler. Incredibly, both the most efficient and the least efficient TVs on CNET's list are LCDs.

In addition to the power they use while they're on, many of these large-screen TVs don't shut off completely when you press the power button. The manufacturers felt that people wouldn't want to wait so long for their sets to warm up when they press the power button, so they have the TVs go into a standby mode rather that shut off completely. Some of them require you to press a separate button or unplug the unit entirely to totally power down the equipment.

As consumers become more energy conscious, TV makers are responding with innovative, energy-saving designs. One example is the Philips 42PFL5603D, also known as the Eco TV. When you activate the Eco TV's power saver mode, the television uses a trio of sensors to optimize the intensity of the LCD's backlight. The brighter the room, the harder the backlight needs to work. The Eco TV can detect the relative darkness and brightness of the room and adjust how much light it uses to illuminate the picture. In addition, the Eco TV boasts a sensor that constantly adjusts for the brightness of the scene being played on the TV. If the scene takes place at night, the backlight dims ever-so-slightly to save energy for the daytime scenes.

Another TV technology called organic light-emitting diodes (OLED) offers an even more energy efficient way to light a large TV screen. With OLED, light isn't provided by a backlight, but by individual molecules that light each pixel on the screen. The first small (30-inch, 76-cm) OLED TVs arrived in November 2007 and a consortium of Japanese electronics-makers are pushing to deliver large-screen versions within the year [source: Reuters].

Even if you don't have a futuristic or "green" TV, there are still several things you can do to lower the energy impact of your TV:

You can also unplug the television or turn off its power strip to prevent the TV from consuming more vampire power -- the electricity the TV stores to power on more quickly when you turn it on.