by Thorin Klosowski
NEXT PAGE 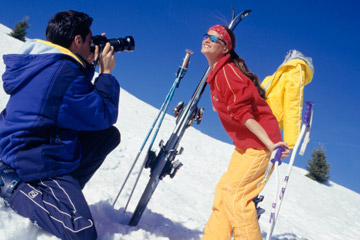 Many people today love using a digital camera to take pictures, but others still prefer the old-school charm and control of traditional film. When we talk about film speed, we're referring to the measure of a film's sensitivity to light. Each film speed is best suited for a different type of photography.

The lower the speed, the longer an exposure to light is necessary to produce image density. If the film speed is higher, it requires less exposure but generally has reduced quality in the form of grain and noise [source: Zakia and Stroebel]. Noise and grain are the abnormalities in brightness and color in images; they look similar to a layer of "snow" on a television set. They're measured using the ISO system from the International Organization for Standardization (thus the ISO, which is used as an abbreviation for the group and the film speed) and are the giant numbers you'll typically see on a box of film. You'll also see the abbreviation ASA (American Standard Association) used in conjunction with film speed. ASA and ISA are interchangeable.

The rating still applies to digital photography even though the cameras don't use film. ISO speed is used in digital cameras to judge the relationship between the exposure rating and the sensor data values. Most advanced cameras have an ISO setting available, which emulates the speed rating of film [source: Jenkinson]. The basic rules of film speed apply equally to film and digital cameras.

Slow-speed films generally refer to film with 100-200 ISO ratings. These slower speeds are excellent for outdoor landscape photography and inanimate objects. They can also be a great choice if it's a particularly sunny day. Since the film takes longer to absorb light, it captures detail more effectively. So if you plan on enlarging those pictures you'll want to shoot with the lowest ISO possible.

Medium speed is 400 ISO. As can be expected, the medium speed is probably the best for general-purpose use and can handle indoor lighting conditions, overcast days and any combination of the two. Even so, it's not suited for action shots or very bright days.

Fast-speed film is usually rated at 800 ISO and above. It's best for moving subjects you might see at a sporting event or concert, or when you plan on using a zoom lens or are shooting in a dimly lit area. Unfortunately, if you plan on enlarging the photos, they'll likely turn out grainy [source: Abramowitz].

Film speed is remarkably important and can make or break a photograph. There are exceptions to the above rules, and experimenting can certainly yield impressive and interesting results, but the fact remains that the film speed you choose will have a direct effect on the quality and density of the picture you take, regardless of whether you're shooting digital or on film.

You can find lots more information about film and cameras below. 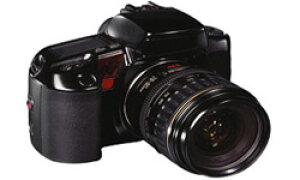 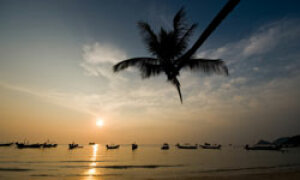 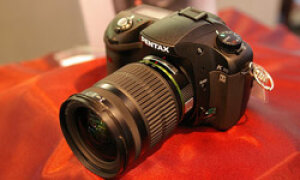