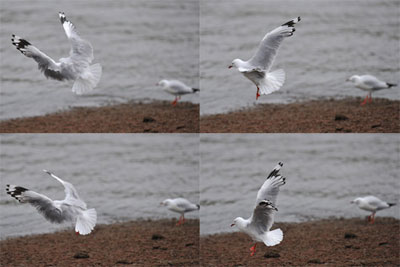 Have you ever created your very own homemade animation movies? One activity many of us might do while we're bored or in a particularly creative mood is to create a flipbook. With a notepad full of several pieces of paper, you can draw a series of pictures on each page. The images aren't just random, however: Each successive image is a slight variation on the one that came before it. If drawn correctly, it should represent some kind of movement or action. The best part, of course, is the end result. By flipping the pages of your flipbook you can make an athlete perform a spectacular feat or sail a boat through choppy waters.

Although it may seem like a fairly simple way to represent motion, the homemade flipbook animation described above is the same principle that makes films, both live action and animated, work.

A still photograph, on the other hand, might seem very different from a film at first glance. Although they're projected on a two-dimensional surface, movies record action and give the illusion of depth and movement, as the nickname implies. Photographs, on the other hand, are moments frozen in time -- when we look at a picture we can hold it in our hands and determine that it exists on a two-dimensional sheet of film.

­One area of photography that performs the jobs of both still photography and filmmaking is burst photography. You've probably heard of the technique, and you might even be able to perform burst photography yourself with certain digital cameras. The art allows people to take a rapid sequence of pictures within a very short amount of time. Although we normally associate photography with still life and moments captured in time, burst photography has a lot to do with motion. To learn more about how photography can actually affect the way we look at how things move, read on. 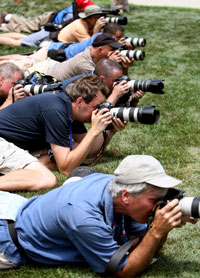