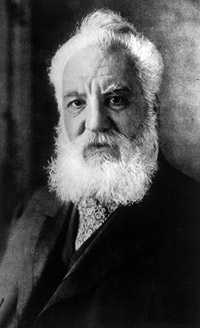 Blocking incoming calls isn't that difficult. It's an extension of caller ID, which displays the calling party's telephone number directly on your phone or on a device attached to your phone. You can read more about caller recognition in How does Caller ID work?

Just as your fingerprint acts as a unique identifier, so does your phone number. Every time you place a phone call, the number you are calling from is transmitted along the phone line as a series of beeps at different frequencies. Even when your caller ID box reads "blocked," the number was still transmitted but was hidden from your view by the phone company at the caller's request. Many people subscribe to a service that prevents their number from displaying; you can also dial *67 to block your number from showing on certain calls.

How Telephones Work will tell you all you want to know about sending information over phone lines. Without getting into all the technical details that it does, a phone call blocker works by recognizing those numbers that you've designated as prohibited, and instead of ringing your phone, it plays a message telling the person they've been blocked. Some phone call blockers can be programmed to reject calls from the last person who called. This way, even if you don't know the person's phone number you can still block unknown phone calls. With other screening devices, people with blocked numbers may be required to identify themselves if they want to reach you.

Unfortunately, phone call blockers aren't foolproof. Persistent callers can often outwit these technologies. For example, phone spoofing, as it is sometimes called, alters the number that is transmitted as the call's origin so the caller won't be blocked. Placing a call with a calling card, using a pay phone or using VoIP can also evade blockers. If you receive threatening phone calls, you should contact the police.

If you think about it, the prevalence of call screening devices is somewhat ironic. Telephones were invented to improve communication channels and enable people to connect to one another over long distances. Now there's a growing market for ways to shut down that channel and prevent people from connecting. What would Alexander Graham Bell think?

For more on blocking incoming phone calls, investigate some of the links found below.