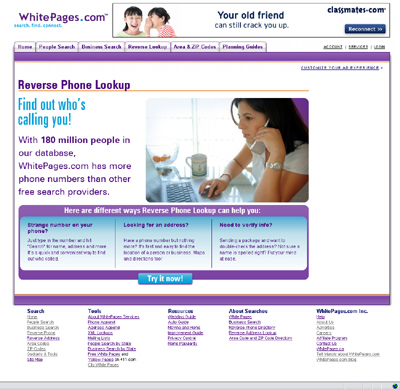 Web sites such as WhitePages.com let users enter a phone number to obtain more information such as the caller's name and address.
Image courtesy of WhitePages.com 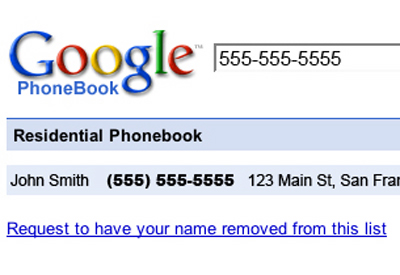 Google Phonebook­ has a reverse directory feature, which shows a name and address for phone numbers.
Image courtesy of Google

Reverse phone lookup works best if you start with a landline number for a business or residence. Before the Internet, phone companies published reverse phone directories, or reverse white pages, by specific town or area and made them available to the police, libraries and others.

These books listed businesses and residences, but they didn't include unlisted, fax or cell phone numbers. Paper reverse directories in some areas -- like Hill-Donnelly's Cross+Search Reverse Phone Directory for Las Vegas and Vicinity, 2005 -- can still be bought used at online auction sites like Amazon.com and eBay.com [source: Amazon.com].

The Internet's speed and convenience brought an end to paper directories and made reverse phone number lookup another search engine function. Many options are available online for free reverse phone lookup of landline numbers. Here are two:

Among free sites, here are three of the largest:

Next, let's look at how you can do reverse phone lookup for cell phone numbers. 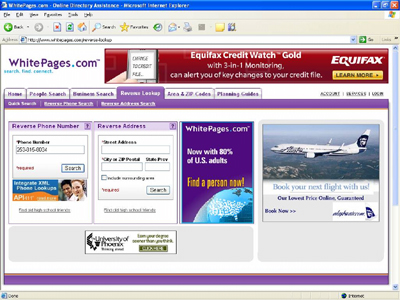 For lots more information about reverse phone lookup and related topics, follow the links on the next page.