World of Warcraft Addons and Mods 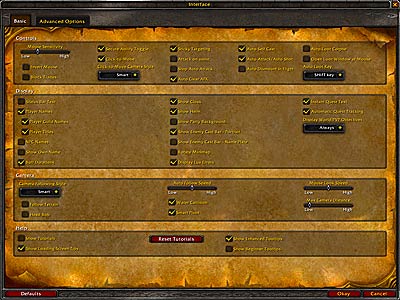 "World of Warcraft" has lots of ways for you to customize your game. You can access lots of settings through your interface options. These options let you change how your camera moves, which features your game displays and how you use your mouse to target yourself or enemies. Your video options lets you change the level of detail in the game world, which can help compensate for a slow processor or limited graphics abilities.

But suppose you want to completely change the way your party's health and mana bars look when you're in a group or see how much money you have without opening your backpack. The WoW interface options can't handle these requests -- but third-party addons can.

Addons are downloadable additions to "World of Warcraft" that players create. You can find addons at sites like Curse, WowAce and WowInterface. Here are some popular addons and what they do:

Addons are created using the Lua scripting language. When you download them, they look like folders full of files. Some files are LUA format, while others are extensible markup language (XML) or table of contents (TOC) files. To install the addon, you simply move its entire folder to the correct location on your computer. These are the default locations:

This makes the addon a part of your game's file structure, which changes how the game operates. You can also download programs that will update your addons for you.

There are a few things to keep in mind if you're using addons:

As long as they don't play the game or make in-game decisions for you, addons don't generally break the rules. Other exceptions are addons that affect the way your computer communicates with a remote server and packet sniffers, or programs that track the way information travels between the client and the server. We'll look at the remote server and how it works in the next few sections.