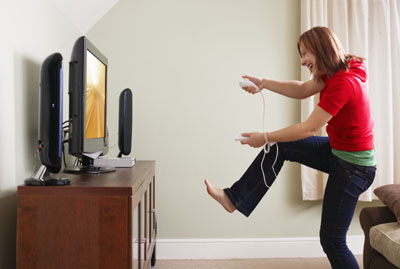 Video games have come a long, long way since Pong featured two lines paddling a "ball" back and forth across the screen. But as games become more powerful, faster and complex, the video game industry needs test pilots to push their wares to the limit.

Video game testing plays a crucial role in the development of new video games. Game testers put games through the paces while still in development and when finished, to ensure gamers have a good experience. Game testers conduct video game QA, or quality assurance, finding mistakes, bugs and other problems that could annoy or turn off the gaming community if they're not fixed.

Don't let the word "game" in this job title fool you. Video game testing is a serious job. If you think it involves whiling away the hours playing the latest games, think again. Video game testing can be as tedious and frustrating as any job. It requires an organized, disciplined approach to product testing and not just finding new ways to score high or beat the game.

Video game testers must have lots of patience, be methodical in their approach and have a keen eye for details. They must be good communicators and have some understanding of computer hardware and software. And, of course, it helps to have awesome controller skills and the hand-eye coordination needed to navigate through multiple levels of increasing challenges. Yes, being good at video games is helpful to video game testers (but not absolutely necessary)!

The Need for Video Game Testers 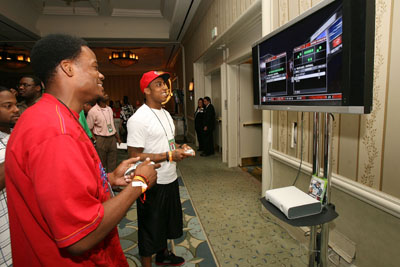 Bringing a new video game to market costs millions of dollars and takes many months. From concept to final testing and marketing, creating a new video game requires the time, energy and talent of multiple people with many different skills. Writers create characters and premises and illustrators bring them to life. Animators take over from there while code writers work behind the scenes creating the virtual world in which the characters live and the rules they live by. Hardware specialists ensure the game controllers for the given system provide an accurate interface between the video game's virtual world and the gamer.

The video game tester is involved early and often in this process, ferreting out problems that arise along the way. The game tester must be part of the development team, as some bugs that arise can stop the process in its tracks until they're solved. The game tester helps find such fatal bugs early, so that others can fix the problems before they compound.

Video game testers often work on "alpha" or early versions of the game. Testing this version is aimed at finding and fixing major, fatal flaws early. Missing a major flaw can be very costly to the video game creator. The earlier, or deeper the flaw, the more additional code will be built upon it and the harder it'll be to fix it later in the process. For this reason, video game testers who are skilled at approaching the game from various angles are a vital part of the development team.

Video game creators take testing seriously, as a bugged game can cost them. A game with bugs that a company must recall is a costly venture, and not just in dollars [source: Ezine articles].

For example, Madden NFL 2008, a hugely popular game series had fans complaining about numerous bugs and even labeling it "unplayable" [source: ConsumerAffairs.com]. Hardware problems, such as the alleged crashing problem cited in a now settled lawsuit against Microsoft's Xbox 360, can also take a bite out of company profits [source: Todd Bishop's Microsoft Blog].

Fan feedback on the Internet can do irreparable damage to a company's brand. For these reasons, competent video game testing is crucial to game creators.

Testing is extremely important when launching video game so what exactly are the responsibilities of a video-game tester? Check out the next page to find out. 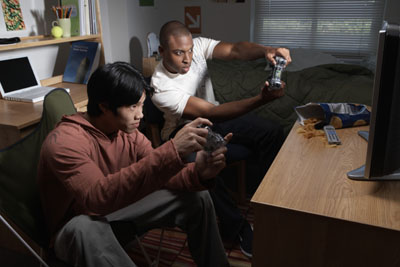 Video game testers find problems. To do that, they must take different approaches and test games in various ways. If there's a problem with any aspect of the video game, it's the game tester's responsibility to find it.

Some game testers focus on software or "coding" bugs. Software codes are the DNA of video games, controlling everything from the characters features and movements, to the environment and storyline. Software bugs can cause a game to "freeze up" under certain conditions or make seemingly simple mistakes, such as miscalculating a score in a sports game.

Software problems can be serious issues, and it's important to find them as early in development as possible. Software problems might only manifest themselves in certain situations. That means the game tester must try the same operation in different ways to ensure smooth operations. For example, a tester might send a character to attack every other character using a different weapon and recording the responses. This type of repetitive testing is a typical chore for video game testers.

Sometimes testers are assigned to test hardware, such as controllers. To do this, the game tester might activate different combinations of buttons and triggers on the controller and observe the outcome. Other parameters include the ease of use (can the tester reach all the buttons easily?) and ergonomics, such as whether the controller is comfortable to use for long periods of time. Hardware testing might also include the use of accessories, such as memory cards, to ensure performance.

Testers could also be called upon to work their way through various levels of a game like a typical customer and looking for bugs or offering observations on how the game plays.

Whenever a game tester finds a bug or has other input, the tester and the on-site manager must complete a report to the game manufacturer. The report should include sharply detailed descriptions of what happened and when, as well as what other factors might be associated with the issue. This is where good communication skills come in. Only through such detailed reports can coding experts and others fix the problems testers identify.

Is video-game testing a dream job? Check out the next page to find out. 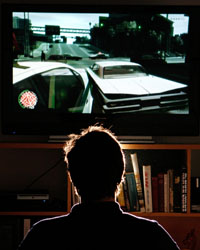 It's not all good, however.

Entry-level video game testers can be tasked with the most menial of hardware testing tasks, such as turning the game on and off hundreds of times and timing how long it takes to warm up. The pay can reflect this, hovering around minimum wage in some cases. Video game testers who work on contract for testing companies test other non-gaming functions, as well, such as downloading movies while playing games and using instant messaging software to communicate with other players during a game. These multi-tasking hardware-based operations need to be tested just like the higher functions in games themselves. This is often the realm of the entry-level tester.

Because game testers often work on alpha versions, the games might be sorely lacking in graphics. Sometimes, a tester is assigned to play one level over and over to work out the bugs. This can be boring.

Where new products and games are tested, security is extremely tight, and testers sign non-disclosure forms swearing them to secrecy about the new products they see and test. Companies that hire game testers take security very seriously.

But for those who stick it out, video game testing can be the first step into a serious career in game development, designing and marketing. More experienced testers can command higher salaries, with some making $100 per hour or more. They're employed testing newer products and higher gaming functions. Game developers value the input of an experienced, mature game tester. Coupled with some formal education, game testing can open doors as it shows the individual's willingness to learn from the grassroots level.

Such game testers need depth of knowledge and keen observations skills. They must be able to articulate problems they observe, which is important for the software engineers and animators. They need patience, stamina and a bottomless well of curiosity about what makes games work.

How do I become a video-game tester? Check out the next page to find out. 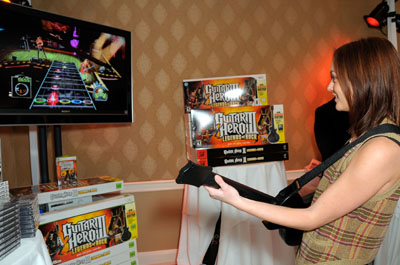 If you're patient, detail oriented and serious about becoming a video game tester, there are several ways to move forward.

First, if you live in a metropolitan area, it's quite possible there are companies that contract for video game testing services in your area. Check the classifieds. In those cases, you simply fill out an application and wait for a call back. Network with your other gaming friends and try to establish contacts inside the companies. And be sure to use proper terminology. For instance, when filling out your application, try to mention you're interested in finding a job in quality assurance as opposed to game testing. Using the correct terms will signal you're serious.

In some cases, companies will not need your services every day and you must check in -- often on a hotline or e-bulletin board -- to see if you're scheduled to work. Video game testers in these situations often find themselves in the classic role of day laborer, waiting to be called up as jobs become available. In these settings, game testers often work with or near the actual game developers. Let them know you're more than just a gamer -- that you're passionate about improving a game's playability and performance and want to be part of a team.

If you're using game testing as a stepping stone into game design, be sure to make your credentials -- such as a college degree or technical certificate -- known. Dress for the office, not your living room. Show up on time, follow the rules and directions. Be professional.

When you get that first assignment, carefully read the company's instructions for testing the game. The company knows what it wants and you must tailor your approach to playing/testing the game to answer their questions. Executing this assignment is essential to getting others in the future. There are plenty of potential game testers out there and companies don't have the time to fool with one that's not serious or capable of completing an assignment. You won't get a second chance.

If you don't live near companies that do game testing you can look on the Internet for opportunities to test games at home. Be careful! As with anything on the Internet, if it sounds too good to be true it probably is. Use common sense when evaluating potential employers online.

For lots more information about video game testing and related topics, check out the links on the next page.

Noob or Not? How Much Do You Know About Fortnite?
How Xbox Live Works
Virtual Reality Arcades Are Getting Real in the U.S.