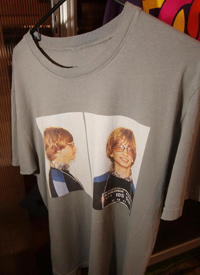 There's an iconic image of Bill Gates that might help explain our collective fascination with this legendary businessman and his most famous creation, the Microsoft Corp. It's a mug shot from 1977, taken after Gates was pulled over in Albuquerque, N.M., for a traffic violation [source: The Smoking Gun].

The photo shows a chinless 19-year-old geek with tinted prescription glasses and an undeniable smirk. How, we're left to wonder, did this goofy-looking college dropout with questionable driving skills (and wearing an even more questionable flowered shirt) end up becoming the richest man in the world?

If you go searching for answers to that question online, you'll find a lot of half-truths and misinformation. It doesn't help that Microsoft has made more than its fair share of enemies over the years. It really doesn't help that most of those enemies have blogs that enable them to share their enmity with the world. They've accused the company and its former CEO of everything from willfully running a monopoly to stealing some of its biggest technological innovations to actually being evil.

The myths surrounding Microsoft and its founder are closely tied to the creation myth of the personal computer itself. To start off our list of top 5 Microsoft myths, we're going to explore a common misconception about the origin of "windows."

In 1968, when 13-year-old Bill Gates was still programming tic-tac-toe in BASIC, an engineer named Douglas Englebart at the Stanford Research Institute introduced the world to the mouse [source: Reimer]. To modern computer users, the mouse is nothing more than a mundane technological necessity: How else could you click icons, scroll through menus and move cursors? But computer users in 1968 found the mouse revolutionary precisely because no one had ever heard of those things back then.

Englebart is credited with inventing the graphical user interface, or GUI (pronounced "gooey"). In the early 1970s, a team of researchers at the Xerox Palo Alto Research Center (PARC) expanded on Englebart's concept and built the Xerox Alto, the first personal computer that featured the now-standard "W.I.M.P." GUI: windows, icons, menus and pointing device [source: Webopedia].

The Xerox Alto ran on an operating system/development environment called SmallTalk that was created in-house by Xerox PARC researchers. In 1979, 24-year-old Steve Jobs of tech upstart Apple Computer, Inc. paid $1 million in Apple stock options for a detailed tour of the Xerox PARC facility. Blown away by the SmallTalk GUI, Jobs demanded the product's technical documentation, which Xerox foolishly handed over [source: PBS].

With the specs for the SmallTalk GUI in hand, Apple released the Lisa in 1983, the first commercial computer to feature a "windows" GUI. Jobs would use a similar GUI for the much more popular Macintosh models. When Bill Gates, who wrote software for the Mac, released Windows 2.0 in 1987, Apple sued Microsoft for blatantly stealing the Mac's look and feel -- something Apple stole long ago from Xerox [source: Reimer].

Apple eventually lost the case and Microsoft's subsequent dominance of the PC market made "windows" synonymous with Windows. 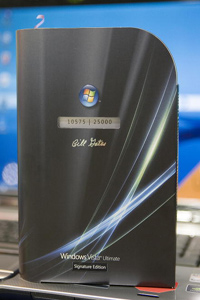 Microsoft is the Little Dutch Boy of software manufacturers, constantly plugging security holes in its operating system and application software. These backdoor vulnerabilities allow malicious hackers to gain access to unprotected computers, turning them into unwitting bots that spread viruses and worms to even more computers.

You hardly ever see headlines reading, "Apple Warns Users About Serious Security Hole" or "Red Hat Races to Issue Patch to Thwart Hackers." That's because few programmers would bother to write malicious code and nasty computer viruses for Macs and Linux computers. The reason for this is quite simple: If you're a hacker and your insidious goal is to poison the most machines possible, you'd train your sights on the operating system used by more than 90 percent of the world's personal computers.

The real question, according to veteran tech writer Rob Enderle, is whether anyone at any company could successfully repel the near-constant barrage of attacks that plague Microsoft products. To make matters worse, he says, boasting about security features is bound to attract hackers hungry for a challenge. As an example, the writer cites an announcement from Oracle that called its latest creation "bulletproof." It was successfully attacked the next day [source: Enderle].

Microsoft is a "Natural Monopoly"

Some critics of the U.S. government's ongoing antitrust case against Microsoft defended the software powerhouse as a legal natural monopoly because it earned its dominance by outmaneuvering its free market competitors.

Utility companies are classic examples of natural monopolies [source: Investopedia]. In most cities and towns, you have no choice about which electric company to use. That's because there's a huge barrier of entry for starting a competing electric company. You'd have to build power plants and string miles of cable to create a workable infrastructure. It's cheaper for the consumer -- and more efficient for the state -- to have one tightly regulated private company running the show.

On the surface, Microsoft looks like a natural monopoly of the computer industry. Since the company has some 90 percent of the global operating system market share, Microsoft enjoys huge economies of scale. For instance, smaller software developers could never spend as much as Microsoft can on product development and marketing. They would never make the money back without having to charge much more than Microsoft would for the same products.

The biggest difference is that Microsoft used its "prodigious market power and immense profits," in the words of U.S. District Judge Thomas Penfield Jackson, to not only erect higher barriers of entry for its competition, but to threaten and intimidate anyone who dared knock at the door [source: Moore]. And there's nothing "natural" about that. 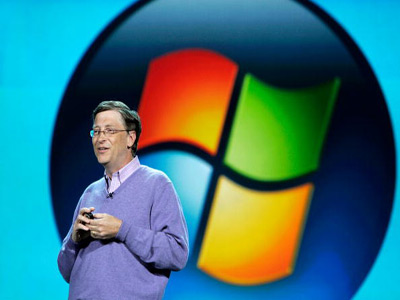 Microsoft has a well-deserved reputation in software circles for being technologically derivative. In other words, Microsoft has borrowed or bought every good idea it's ever had.

This theory isn't unfounded. For example, Bill Gates and friends didn't write the code for MS-DOS. They bought something called QDOS (Quick and Dirty Operating System) for $50,000, tweaked it and licensed it to IBM for huge profits [source: Moscovitz]. They didn't code the original Internet Explorer, either: They licensed the source code from Spyglass Inc., maker of the Mosaic browser, and used that same basic code for three or four versions of Explorer [source: Sink].

Defenders of Microsoft know that the company isn't such a great technological innovator -- Gates didn't realize the potential of the Internet until 1995 -- but they will say the company has some of the most cutting-edge business ideas in the field [source: Colony].

Think about it. Before Microsoft came along, no one had entertained the idea of selling software and hardware separately [source: Rapoza]. IBM licensed MS-DOS from Microsoft because it wanted to concentrate on hardware. Gates, Steve Ballmer and other Microsoft executives foresaw the lucrative potential in licensing their operating system to dozens of different PC hardware makers.

When the Harvard Business Institute studied the secrets of Microsoft's success, they pinpointed the company's innovative approach to its intellectual property [source: Silverthorne]. Microsoft has created a gargantuan library of proprietary source code "components" that work across the Windows platform. If a developer proves his loyalty to Microsoft, he gets access to that code library -- and hundreds of millions of potential Microsoft customers.

Arrogant. Bullying. Ruthless. Stubborn. All of these are adjectives that former and current Microsoft colleagues and competitors have used to describe William Henry Gates III. But would those critics describe him as evil? Not in a million years.

When Gates announced that he was stepping down from daily operations at Microsoft in July 2008, it spawned a flood of articles about his legacy. Some compared him to Henry Ford, another person who took an expensive, rarified technology and devised an ingenious way to selling it to the masses [source: Ferguson].

Microsoft's long-time mission was to have "a PC on every desk and in every home." Indeed, Microsoft operating systems have been used on billions of PCs worldwide since 1981 [source: Hamm].

Some journalists and pundits chose to compare Gates to Henry Ford, but a more apt comparison might be to Andrew Carnegie, the steel baron who engaged in ruthless business practices before dedicating the final years of his life to philanthropy. By the time he died in 1919, he'd given away all of his ill-gotten riches to found museums, libraries, parks and numerous charitable organizations.

Gates may be guilty of many underhanded businesses tactics, but has yet to order mercenary troops to attack his own factory (as Carnegie did). As a philanthropist, he's poised to become the greatest giver in the history of the world [source: Gralla]. The Bill and Melinda Gates Foundation has already invested tens of billions of dollars toward the eradication of disease and poverty in developing nations and eventually will give away all of Gates' wealth. How evil could that be?

For more great lists, head to the links on the next page.