Bill Gates Said 640K RAM Was Enough -- for Anyone 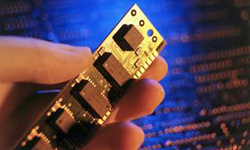