Browse the article How ILECs Work 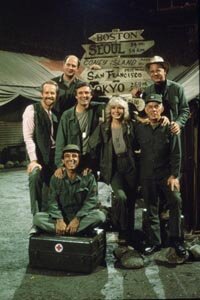 Years ago when MASH was on TV, phone service was controlled by AT&T.
© CBS Photo Archive/Getty Images

If you're old enough to have watched "MASH" before it was in re-runs, then you remember when there was only one telephone company in the United States and its name was "Ma Bell." Well, technically its name was AT&T, but the nation's one and only local and long-distance telephone service was universally recognized by its classic Bell System logo.

If you were moving to your first apartment and needed a telephone, you didn't walk down to Radio Shack and browse the latest models. You went to the phone company and "rented" one of theirs. No, you couldn't even buy a phone, you only paid for the temporary use of a phone and the network to which it was connected. AT&T said it was the only way to ensure that all phones worked well with the network's hardware, but other people said it was all part of a strangely un-American, hugely unfair monopoly.

In the early 1980s, the U.S. government forced AT&T to break up into seven smaller local phone companies. And in 1996, the Federal Communications Commission forced these seven local phone companies, known as the Baby Bells, to open up their networks to outside competition.

The result was the creation of two new regulatory terms, ILEC and CLEC. ILECs, short for Incumbent Local Exchange Carriers, are the former Baby Bells. CLECs -- Competitive Local Exchange Carriers -- are all the new guys who want a piece of the telecommunications pie. ILECs and CLECs don't always get along. ILECs say it's unconstitutional to have to sell space on their networks to their competition. And CLECs say that ILECs continue to unfairly prevent them from doing business.

How did all of this get so complicated? Why can't there just be different phone companies with different networks? Has the FCC really made the telecommunications sector more competitive, or are things pretty much back to the way they were 30 years ago? Keep reading to learn the fascinating history of ILECs. 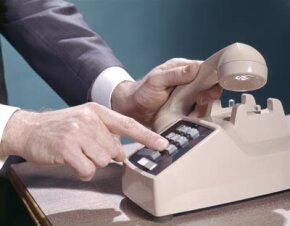 In days past, telephone customers had to rent phones from their phone company.
© H. Armstrong Roberts/Retrofile/Getty Images

The history of ILECs is a complicated saga of corporate mergers, government regulation and anti-trust lawsuits.

The Bell System was a government-sanctioned monopoly that operated without any serious competition from 1913 to 1982. It ran over a nationwide landline network with service at the local exchange provided by seven regional holding companies.

Through a series of early anti-trust lawsuits, AT&T was limited to controlling no more than 85 percent of the American telephone market. Within this market, consumers had no choice but to use the service and hardware offered by AT&T. Until 1975, it was extremely difficult to even buy a phone from anyone other than "Ma Bell" [source: Bell System Memorial].

In 1974, the U.S. Department of Justice filed an anti-trust suit against AT&T that was eventually settled in 1982. The lawsuit resulted in the divestiture of AT&T of its seven regional holding companies, creating seven independent local exchange telephone companies and leaving AT&T with its long-distance business. These new local phone companies were called Regional Bell Operating Companies (RBOCs). Also known as Baby Bells, they are:

But even this new arrangement wasn't enough to satisfy increasing corporate and consumer demand for greater competition in the telecommunications market. By the 1990s, it was clear that computers and data networks represented the next big financial opportunity in telecommunications. The Baby Bells wanted to expand their businesses to offer long-distance and Internet service along with local service. And more entrepreneurs wanted to start new businesses offering similar services at better prices. These market pressures led to the sweeping Telecommunications Act of 1996.

In this landmark piece of legislation by the Federal Communications Commission (FCC), the Baby Bells were allowed to offer long-distance and Internet access in exchange for sharing their networks with new competition. The Telecommunications Act of 1996 says that Baby Bells have to sell space on their existing landline telephone networks at a fair price to anyone who requests it.

To make things even more confusing, over the years several of the Baby Bells have either merged, been bought by outside companies, or have changed their names. For example, Southwestern Bell changed its name to SBC in 1995. In the wake of the 1996 legislation, it bought fellow Baby Bells Pacific Telesis in 1996 and Ameritech in 1998. Then it bought AT&T in 2005, but kept the name AT&T. Then, this new AT&T (formerly SBC) bought BellSouth in 2006. That effectively put four of the seven Baby Bells plus AT&T back under one roof. Feels like 1982 all over again…

Now let's take a closer look at how ILECs operate under the Telecommunications Act of 1996. 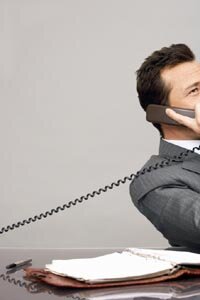 Before the Telecommunications Act of 1996, there was no such thing as an ILEC or a CLEC. There was simply an LEC, or Local Exchange Carrier. LEC is really nothing but a fancy regulatory term for a local phone company.

The local exchange is the place where all local residential and business phone lines terminate. It's also known as the central office or the end office. Several local exchanges can be connected together to form a Local Access and Transport Area (LATA), which covers a larger geographical region. Or a local exchange can connect to a long-distance carrier, also called an Interexchange Carrier (IXC) [source: SearchUnifiedCommunications.com].

Before 1996, an LEC was only responsible for connecting its customers to the local exchange and routing calls to either another local exchange or a long-distance carrier. The operative words here are "its customers." With the passage of the Telecommunications Act of 1996, local exchanges became a shared space.

Suddenly, the original owner and exchange operator was called an "incumbent" or ILEC and had to sell space on its local exchange equipment to competitors called CLECs. Now ILECs were responsible for maintaining equipment and services not only for their own customers, but for their competitors' customers.

Under the new law, ILECs must sell access to their network hardware as an unbundled service. Unbundled simply means that a CLEC can choose to pay for specific network elements -- like loops, switches and lines -- without having to pay for all of them. These separate components are known as unbundled network elements (UNE).

ILECs must also offer access to their hardware components at a discounted or wholesale rate, so that the barrier of entry or cost of entry into the telecommunications business isn't too high for start-up companies. This process is called resale. Under the Telecommunications Act of 1996, any service that an ILEC sells to its subscribers at retail prices must be offered to a CLEC at wholesale. An example could be routing a call to the subscriber's long-distance provider of choice.

Another responsibility of ILECs, as dictated by the Telecommunications Act of 1996, is to provide space in their local exchange offices for CLEC equipment. When a CLEC installs its own networking hardware in an ILEC's local exchange facility, that's called a physical collocation. In this arrangement, the ILEC connects its networking equipment to the CLEC hardware, which is installed in a separate secure area. The CLEC has 24-hour access to its equipment for repairs and maintenance.

Then there's something called virtual collocation, in which the CLEC uses the original ILEC equipment to run its telephone network. In this case, the ILEC is responsible for the hardware's physical maintenance. CLEC network administrators can only monitor and tinker with the network remotely, without physical access to the local exchange office.

Since telecommunications networking is a highly complicated and continuously evolving technology, it's important that everyone is on the same page. An ILEC can't change any component of its network configuration or equipment without warning any CLECs that rely on that equipment to run their networks. Under the law, this is called notification of changes and must be carried out in a timely and fair manner as not to disrupt the CLECs' telephone service.

In the next section, we'll look at the often contentious relationship between ILECs and CLECs and whether the Telecommunications Act of 1996 has proven a success or a failure. 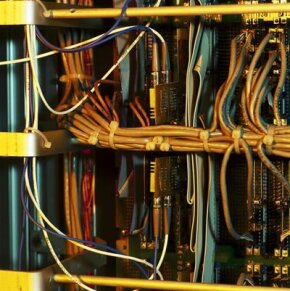 If the goal of the Telecommunications Act of 1996 was to increase competition in the telecom sector, then the results have been less than inspiring. By the end of June 2007, CLECs operated only 18 percent of end-user telephone lines. The rest were owned by large ILECs like Verizon, AT&T and Qwest (themselves the products of Baby Bell mergers and acquisitions). CLECs did better in the business end-user market than with individual consumers, capturing 25 percent of the business market, while operating only 12 percent of residential lines [source: Federal Communications Commission].

When the Telecommunications Act of 1996 was passed, the newly dubbed ILECs, formerly known as the Baby Bells, didn't roll over and play dead. They fought the key provisions of the act in court, charging that sharing their network equipment was unconstitutional and akin to subsidizing their competition. This initial refusal to comply with the law, plus a weakening of the local telephone market between 2000 and 2003, led a third of all CLECs to file for bankruptcy [source: Network World].

Over the years, various appeals court rulings have challenged the constitutionality of the unbundled network elements (UNE) provision of the act. The result is that ILECs are now only compelled to share their equipment with CLECs in cases where there is "no other viable way to compete" [source: Network World]. To stay in business, CLECs have increasingly had to buy and operate their own hardware in separate facilities. According to June 2007 numbers from the FCC, CLECs now use their own equipment for 38 percent of their end-user phone lines.

Looking ahead, there might be even more trouble brewing for CLECs. More and more ILECs are laying fiber-optic cable as a last-mile connection to residential and business phone subscribers. Fiber offers significantly faster data transfer rates and is ideal for the recent trend of bundling voice, Internet and TV service under one digital provider. The problem is that the Telecommunications Act of 1996 only requires ILECs to share traditional copper phone lines. If ILECs make a full transition to fiber, then there won't be any more equipment to share.

That said, CLECs are far from failing, even if they're not household names like Verizon and AT&T. Some CLECs, like XO, have found tremendous success by limiting their business to corporate and government clients. Others, like PAETEC, have concentrated on urban centers. Many of the most successful CLECs have moved quickly into the high-speed Internet and IP telephony markets, offering competitive prices that have forced the big boys to lower their rates in response.

But perhaps the biggest threat to both ILECs and CLECs is the explosion of mobile phone services. According to the FCC stats for 2007, there were only 163.2 million landline telephone accounts, down significantly from the year before. In contrast, there were 238.2 million mobile phone subscriptions [source: Federal Communications Commission].

For more information on ILECs and related phone equipment work, check out the links on the next page.