by David Baez
NEXT PAGE 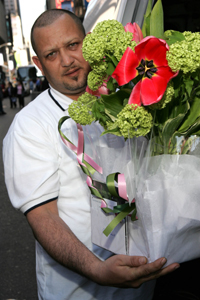 With its infuriatingly catchy TV jingle and your expanding waistline, it's only a matter of time before you pick up the phone and punch in 1-800-ULOSEIT. Faster than you can say "éclair," you're speaking with a weight-loss consultant in Virginia Beach from your home in Boise, at no cost to you. What happened between dialing the number and being connected to the weight-loss consultant?

Once you dial the number, the Service Switch Point (SSP) in the telephone network recognizes it as toll-free by its 800 prefix, prompting it to query the Service Control Point (SCP) that has the routing instructions the weight-loss center (the toll-free subscriber) requested. In the example above, the instructions were to route all calls to the Virginia Beach office and charge that number for the call. Just like that, the call is completed. [source: SMS/800].

In 1967, AT&T rolled out the first 1-800 toll-free numbers. In the United States, these numbers are known as toll-free, in the rest of the world, they're known as freephone numbers.

Why are toll-free numbers so popular? A memorable toll-free number can serve as a primary source of advertising and marketing. Construction company Asphalt Sources, Inc., for example, reduced its annual advertising costs by more than $27,000 by downsizing its Yellow Pages ad and leasing a 1-800 number. As a result, it reported an increase in profitability [source: Asphalt Contractor, March 2006].