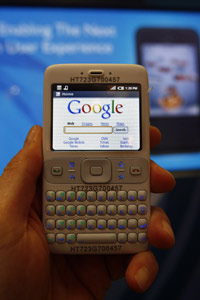 The SDK includes several tools, including sample applications and a phone emulator. Emulators are programs that duplicate the features and functions of a specific system or device. The Android emulator is a program that duplicates the functions of a phone running on the Android platform. When the developer finishes building an application, he or she can test it out on the emulator to see how the app will perform on actual hardware.

Google provides an extensive Android tutorial on its developer Web site. The company even provides tips on basic programming steps like testing and debugging software. Experienced developers can skip over the tutorial and go straight to building an application. Google even provides step-by-step instructions on how to build an application named Hello World to give developers the chance to become familiar with Android's architecture.

There are other considerations developers must keep in mind while building applications. They include Android's graphics rendering engine, process management software, user interface support and other technical details. Google provides guides for all of these elements on its Android developer Web site.

The journey of the Google Phone has not always been a smooth one. Some vendors have been quick to accept the OS, while others have dismissed it. Let's take a look at who is and who isn't thrilled about Android.