The Pros and Cons of Gold Farming 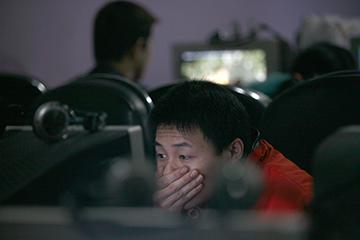 If gold farming seems a little shady to you, you aren't alone. Many players have a negative view of the practice because of how it affects the game. Even human rights activists have called into question the labor practices in gaming workshops. Still, there are defenders who have some surprising arguments for keeping gold farming alive.

Players dislike gold farming because of the way it changes the gaming experience. For one, it creates a whole class of characters who aren't really playing the game. Instead of interacting with other characters to complete quests and achieve a higher level, gold farmers simply wander through the game's virtual world to collect currency and goods or advertise their services. Some characters, known as bots, aren't even controlled by actual human beings: They're virtual players that gold farmers program to do the work for them.

Additionally, some players believe that gold farming creates inflation in the virtual economy. The thinking goes like this: Gold farmers focus so much on killing monsters and taking their gold that they're flooding the market with money. As a result, the value of the virtual currency goes down and virtual goods become more expensive and time-consuming to purchase. While some have questioned this belief – after all, gold farmers are simply collecting coins other players might have earned anyway – it remains a widely accepted theory in the gaming community [source: Heeks].

The other main criticism of gold farming is related to the working conditions. Workers at some Chinese gaming workshops live in on-site dormitories and must endure 12-hour shifts, seven days a week with few evenings off. Despite all this effort, the average worker made only an estimated $145 a month in 2007, leading some critics to label these operations "virtual sweatshops" [source: Heeks]. Some reports also suggest that Chinese prisoners are forced to play games for similarly long hours for no pay [source: Vincent].

Nevertheless, gold farming has its defenders, too. Some suggest that because earning gold the usual way is such a slow process, MMORPGs reward people who have a lot of time on their hands and punish those who have busier schedules. Gold farming helps to level the playing field. Others argue that it's also a good deal for the developing countries. Of the more than $3 billion gold farms generated in 2009, most of the money stayed in the countries that hosted the service. Compare that with the coffee industry, which, in 2002, generated $70 billion but contributed only $5.5 billion to the countries in which the coffee beans were grown [source: Lehdonvirta and Ernkvist].

For many gamers, the dislike for gold farmers runs deep. Some will harass their currency-collecting counterparts, calling them names or massacring their characters. Channeling this hatred in a more constructive way is NoGold.org, an organization set up in 2005 to combat the influence of gold farming and power leveling in MMORPGs through tactics like encouraging fan sites to boycott advertisements for such services [source: Jin].