A History of Gold Farming 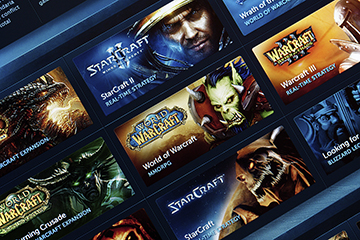 Gold farming is common in MMORPGs like "World of Warcraft."
borealisgallery/iStock Editorial/Thinkstock

Before you can talk about the origins of gold farming, you have to talk about the history of massively multiplayer online games (MMOGs) — they're the main marketplace for gold farming. MMOGs are games in which thousands, or even millions, of people interact simultaneously over an Internet connection. They got their start in the late 1980s, when networked mainframes were set up to run text-based games known as multi-user dungeons (MUDs) [source: Heeks]. Much like modern MMOGs, MUDs were set in fantasy worlds and featured virtual objects like currency, weapons and armor.

Advancements in technology led to an explosion of graphics-based MMOGs by the late 1990s, including games like "Ultima Online," "EverQuest" and "Lineage." Such role-playing games (RPGs)— a type of MMOG in which players navigate characters through virtual worlds and perform tasks or quests — remain quite popular. Analysts projected the well-known massively multiplayer online role-playing game (MMORPG) "World of Warcraft" would boast 8.2 million subscribers at the end of 2015 [source: SuperData].

Gold farming has been a part of MMOGs from the beginning. Players of the text-based MUDs were the first to trade virtual currency and other items for real money, though not nearly on the scale it's done today. The practice really took off in 1999 when players began using the new online trading platform eBay to sell virtual goods. Winning bidders would meet the seller in the game, and the items would be traded in the virtual world. Soon, opportunistic entrepreneurs realized there was real money to be made in virtual commerce and set up businesses to create and sell video game wealth. And they've been quite successful: By 2009, these third-party transactions accounted for an estimated $3.023 billion [source: Lehdonvirta and Ernkvist].