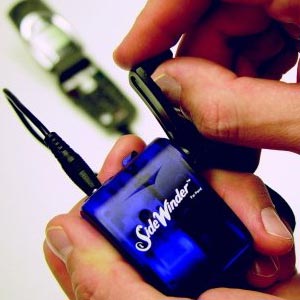 If you're ever in a jam and have a cell phone with low or no battery power, a wind up cell phone charger can give you extra power when you need to call someone. See more pictures of essential gadgets.
© IST Designs

Cell phones make communicating with each other from remote locations significantly easier. For many of us, it's comforting to know that when we head out for a drive or go traveling, we'll have the means to call anyone on our contact list. We can also use our cell phones in case of an emergency.

However, the nature of cell phones and other portable battery-powered devices means they need constant power in order to work properly. When you first get a cell phone, it seems like it'll last for weeks on just one charge. But as time goes by, the lithium-ion batteries these devices use can't hold as much charge, and they need to be recharged more often. As much as you try to keep your phone alive, chances are you'll run into a difficult situation where you'll need to use the phone but can't because of little or no available power. Cell phones fit snugly into the realm of Murphy's Law -- if it's possible for you to forget a charger and let your battery run too low, it's going to happen.

Sometimes you're in a place where there's no outlet, like in your car in the middle of a traffic jam. Maybe you've just started a weekend of camping, but the moment your arrive at the campsite you realize you only have one bar of battery life left and not much time before the cell phone becomes useless. Perhaps you've forgotten your charger or your friend offers to lend you his or her charger, which you try, only to find that doesn't fit your phone.

­In any of these cases, it might help to have a source of power that doesn't rely on outlets or certain types of chargers. One helpful device that's portable and easy to use is a wind-up cell phone charger, a simple tool that requires just a little bit of elbow grease to keep your phone running. They're small and fit most phones, and most models cost between $25 and $35. Keep reading to learn more about how wind-up cell phone chargers work. 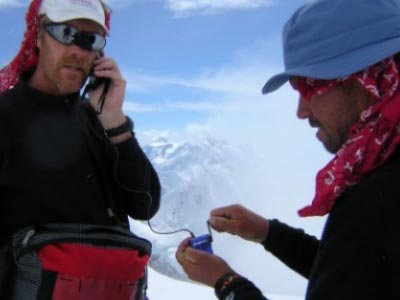 A wind up cell phone charger relies on the energy you create by turning a simple crank.
© IST Designs

­So what's going on inside a wind-up cell phone charger? How does the simple turning of a crank lead to extra juice for your phone's battery?

To understand the basics of wind-up cell phone chargers, it helps to look at a much bigger, yet surprisingly similar, technology -- wind turbines and wind power. When we use massive fans to generate electric power, we're relying on the motion of wind. In the simplest terms, the blades of the fans capture kinetic energy, or the energy of motion, from the movement of the wind. As the blades spin, so does the shaft that the blades are attached to. As the shaft spins, it creates rotational energy, and it transfers this energy over to a generator. A generator, in the case of a wind turbine, is simply a set of magnets that spin around a coiled wire. The magnets spinning around the wire create an electrical current, providing us with power.

A wind-up cell phone charger is like a miniature wind turbine, except instead of using wind to power a generator, your arm and hand provide the kinetic energy necessary to move the charger's crank and add battery life to your phone.

Although there are various types of designs, most wind-up cell phone chargers use a similar design and basic principles to generate sufficient power. A common element among these devices is a simple crank, a graspable lever that we can easily hold onto and turn in circles while holding the base of the charger. The crank usually has an easy-to-grip handle to make it simple to hold and spin faster. The center part of this crank is a short shaft -- remember, just like a wind turbine. The kinetic energy from your arm and hand is transferred to the shaft, which turns into rotational energy as the shaft spins. Connected to the shaft is a set of gears, which transfers that rotational energy further to the charger's generator, creating anywhere between 4 and 6 volts for your phone's battery. 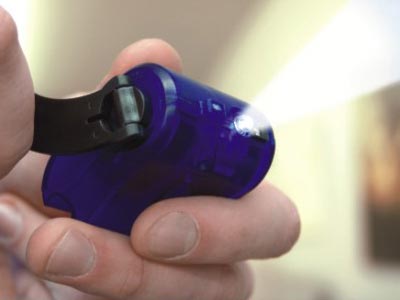 Using a wind up cell phone charger is as easy as it looks -- just grab onto the crank and start turning.
© IST Designs

So what do you do when your battery on your cell phone runs out and you're forced to use some muscle with your wind-up charger? Fortunately, most chargers are very small and lightweight, even smaller than most cell phones, so they're easy to carry with you and could easily store in a car's glove compartment, a purse or backpack. They typically weigh no more than a couple of ounces.

When your phone needs some extra juice, simply connect the wind-up charger to your cell phone's input. To give the phone's battery its power, you'll need to turn the crank vigorously. Most wind-up charger instructions say to crank at a rate of two revolutions per second, although turning the crank slower or faster is fine and will still provide power to the battery. Depending on the model, you can get 25-30 minutes of extra standby power to a cell phone after just a few minutes of solid cranking. You should only be able to get about 6 minutes of call time from the same amount of exercise, however, since it requires more power to send out signals.

If you have a hands free set like a Bluetooth earpiece, you can even hold the charger and talk at the same time, since charging is a two-handed operation. As long as you keep turning the handle, the power you provide to charge the phone should be greater than the power needed to keep the phone on. This allows you to talk and provide a charge continuously.

What about the different types of inputs on cell phones? Often one of the more frustrating things about losing battery power on your cell phone is when someone else actually has a charger available, but the parts don't fit. Fortunately, many wind-up cell phone chargers come with adapters that fit most phones so you should be able to find the right charge input.

And if the potential to create battery power without the use of an outlet wasn't enough, some models, such as the Sidewinder, even have a built-in LED light that will work after a few seconds of cranking. This feature could be helpful in the event you've lost your phone and there's no other available illumination.

For lots more information on cell phones, batteries and cell phone accessories, see the links on the next page.