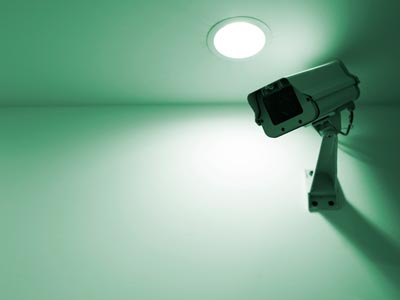 Security cameras can give anxious homeowners some more peace of mind once they've left their homes.
© ballyscanlon/Getty Images

Do you ever feel a slight pang of anxiety when you leave your house? After locking the door, do you walk away backwards, unwilling to tear your protective gaze away? Instead of reluctantly easing into your car, do you eventually give up, running back to your house to stand guard over your property?

Unfortunately, for those worried about security, it's impossible to be in two places at once. We can't make a trip to the grocery store and expect to know exactly what's going on in every nook and cranny of our homes. We can install locks and alarm systems (which, incidentally, have driven down the number of burglaries over the years), but nothing is failsafe.

If you want to be able to actually see what happens while you're away, security cameras may calm your nerves. Video surveillance allows you to monitor or record activity in and around an area for many different reasons. For example, parents might want to watch over a sleeping child and lessen the risk of a dangerous fall from the crib. But a security camera system around the house can see people who approach the front door and maybe even catch a criminal in the act of breaking in.

­There's a wide variety of security cameras available. Some are large and out in the open, and might serve simply to deter criminals from even approaching a home, while others are tiny and meant to stay hidden from view. If you're considering setting up some type of video surveillance system in or around your home, there are a lot of questions to ask yourself before getting started. To learn about the different types of security cameras out there and which systems are best for certain situations, see the next page. 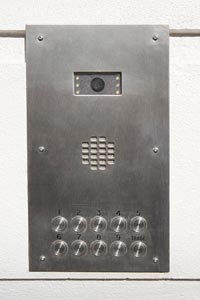 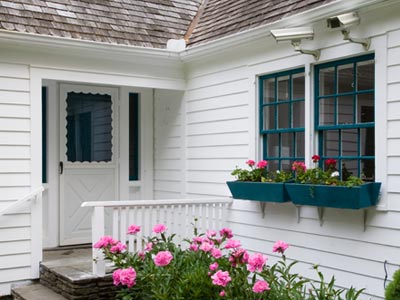 Setting up a camera system properly will give you the best surveillance results.
©Image Source/Getty Images

­After you've determined the area or areas which will undergo surveillance, it's important to set up the security system properly. A poor installation won't get you any results, and if you've never had any experience with electronics, it would be best to have a professional handle the job. Any legitimate security service that offers camera surveillance will probably offer installation, and if they're credible they'll also make sure your system is not only working but legal.

Many camera systems are uncomplicated, so you may be able to install the equipment yourself. Installation procedures will vary according to the model, so it's a good idea to stick to the instructions.

Where you place the camera lens is important. The distance of the camera from its subject should be carefully considered, making sure the right areas are in focus and clearly visible. If you mount a camera to a wall or structure, make sure it's mounted properly so the camera won't shake and distort the picture. Outdoor cameras can deter criminals from ever attempting a break-in, and they can cover large areas, but a camera placed outside should have an appropriate weatherproof casing to protect it from the elements. Tough casings can also prevent tampering or vandalism.

You should also determine whether or not you'll want to record your surveillance. If you're simply making sure your children are safe while playing or monitoring who comes to the front door, a direct video feed with no recorder should be sufficient. But if you wish to see what's happening in a particular area over long periods of time, you should connect a recording system that's compatible with your security cameras. Some people use VCRs to record video, while others run the whole system via a computer and save information digitally. To avoid wasting video, some surveillance systems have motion detectors that only begin recording once the device picks up movement within the area.

As you can see, there are many video surveillance options available. Choosing the right one for your personal needs is a matter of knowing how you want it to work for you.

For lots more information on spy equipment, scan over the links on the next page.