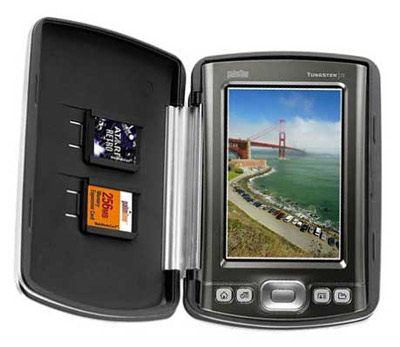 Today's traditional PDAs are descendents of the original PalmPilot and Microsoft Handheld PC devices. Palm devices run the Palm OS (operating system), and Microsoft Pocket PCs run Windows Mobile. The differences between the two systems are fewer than in the past.

Most Palm devices are made by palmOne, which offers the Zire and Tungsten product lines. The company formed in 2003 when Palm Computing acquired Handspring, Inc. Sony, which produced the Palm-based CLIE, stopped producing PDAs in 2005.

Known for their ease of use, Palm OS PDAs have:

Pocket PC is the generic name for Windows Mobile PDAs. Their standard features include:

A smartphone is either a cell phone with PDA capabilities or a traditional PDA with added cell phone capabilities, depending on the form factor (style) and manufacturer. Characteristics of these devices include:

Related devices include ultraportable computers, smart watches and multimedia players. Ultraportable computers range in weight from less than a pound to about three pounds, come with a full desktop operating system (such as Windows XP), and include a small keyboard. Smart watches offer some PDA functions in a wristwatch form factor. Microsoft's SPOT (Smart Personal Objects Technology)-based watches, for example, can receive MSN Direct information such as weather and news. They can also receive calendar information and personal messages. Some multimedia players can combine the functions of a PDA with multimedia features, such as a digital camera, an MP3 player and a video player.

In the next section, we'll look at what PDAs do and how they do it.