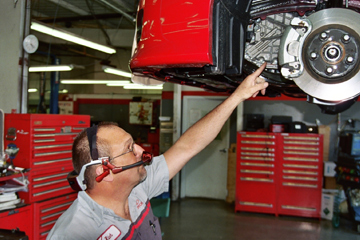 The Golden-i is only for businesses now, typically technical or complicated professions that require a lot of coordination or information. But very soon, consumers will get their hands (and heads) on the fun, too.
Courtesy Kopin

Kopin says that the voice-recognition software is so advanced that it understands commands 99% of the time, and that the microphones work accurately even in environments with a lot of ambient noise. Jeff Jacobsen, senior advisor to Kopin's CEO, says that you can wear Golden-i into a deafeningly noisy bar, speak in your normal voice, and the device will have no problem understanding your command. Currently, it works with 26 languages but that number will climb to 50 in the near future.

The key to the accuracy is Kopin's mutating algorithm, which works in tandem with Nuance's recognition software. As you speak to Golden-i, that algorithm actually learns how you pronounce vowels and consonants. Within the first 30 commands or so, it has a very good idea of how to link the sound of your specific voice with specific commands, no matter which language you speak or what sort of accent you may have.

The voice system's accuracy learns quickly in part because it's context driven. As with a regular computer, there are only so many commands available to you on any particular screen. Golden-i knows this, and it learns to link certain vocal sounds to each successful command on a particular menu.

The gesture detection system is ultra-accurate, too. Inside Golden-i is a 4mm cube containing three accelerometers, three gyroscopes and a magnetometer. Together they track your head's motion so closely that you can guide an on-screen cursor to a single pixel.

Kopin skipped cheapo Web cams for Golden-i. If you so choose, you can select cameras with image stabilization, infrared vision and other high-end options. Right now, each headset costs around $2,500. But Golden-i is an evolving product and you can expect to see more affordable versions, including one that may run on Google's Android operating system.

These days, Bluetooth headsets, smartphones and tablets are the face of mobile computing. Perhaps the next step is a head-mounted computer. With Golden-i, you might soon have a totally hands-free way to complete almost any computer-assisted task you can dream of. 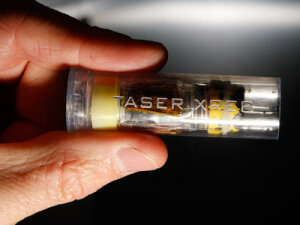 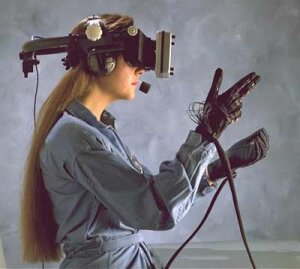 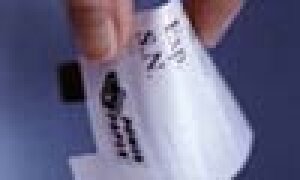