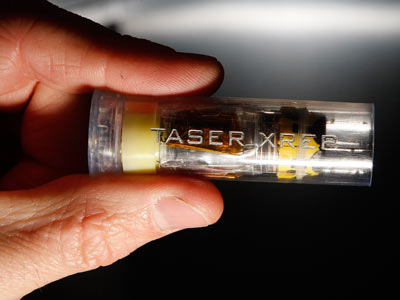 There are times when law enforcement officers or military personnel need to subdue a person or group of people without using lethal force. They rely upon a variety of tools and tactics to achieve this goal. Some of those tools include items like riot shields, batons and tear gas. One less-than-lethal tool is the Thomas A. Swift Electric Rifle, or Taser.

A Taser is an electronic control device (ECD). The typical Taser device is a handheld gadget that fires a pair of pins tethered to the handset by electrical wires. The handset sends pulses of high voltage electricity to the pins. Anyone shot by a Taser will experience neuromuscular incapacitation (NMI). That means the subject will lose the ability to control his or her muscles -- the electric pulses cause muscles to tense. This usually results in the person falling down and gives law enforcement or military personnel time to restrain him or her.

But the typical Taser has a couple of limitations. Because the pins connect to the firing mechanism through wires, the typical Taser has a range limited to the length of the wires -- about 35 feet (10.6 meters). And while a Taser works well for taking down a single subject, it's not easy to reload a fired Taser device -- something that may be necessary in crowd control situations.

With that in mind, Taser introduced a new concept in ECD technology -- the Taser eXtended Range Electronic Projectile (XREP). The XREP looks like a high-tech shotgun shell. That's not by accident -- Taser designed the XREP so that military or law enforcement officers could fire one from a standard 12-gauge shotgun. But instead of firing pellets or a slug, these shells fire a small, self-contained Taser device capable of delivering the same NMI effect as a handheld Taser gun.

­Creating a device small enough to fit into a shotgun shell casing but powerful enough to incapacitate a subject was no easy task. The development team at Taser had to find a way to balance power with size. Not only did they need the device to travel farther than a standard Taser, but also to have the right amount of mass. If it had too little mass, it wouldn't travel far enough. But if it had too much mass, it could become a deadly projectile rather than a non-lethal solution.

Let's take a closer look at the XREP shell. 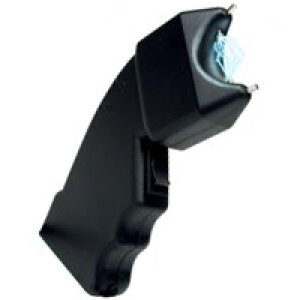