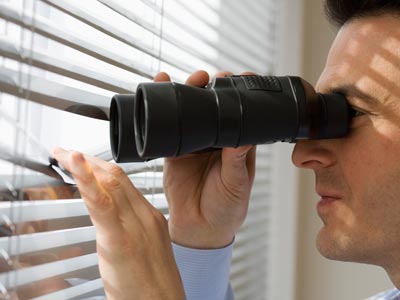 Once thought to be fantasy items only seen on the big screen, spy gadgets are becoming popular for home use.  See night vision pictures to learn more.
© Tetra Images/Getty Images

Ever since the paranoid, secrecy-obsessed years of the Cold War between the United States and the former Soviet Union, the public's fascination with the shadowy, dangerous lives of spies has remained strong, even though that era technically ended in the late 1980s and early 1990s.

Ian Fleming published his famous James Bond novels in the middle of the 20th century, and Sean Connery first starred as 007 in 1962 in "Dr. No," officially sparking the spy craze. But moviegoers continue to flock to Bond films well into the 21st century, and other espionage-related films, including the Jason Bourne series, perform well at the box office.

Of course, there's a lot to appeal to movie audiences -- the international intrigue, the suspense, the action. But one of the main draws to these films, especially the Bond flicks, is the assortment of high-tech spy equipment the main character uses to thwart his enemies. Whether simple and realistic or ridiculous and over the top, these gadgets excite audiences and create desire for many to own the same gear for themselves. Spy gadgets seem to feed into our desire to know what's going on behind the scenes, and for many years they weren't much more than props in the movies.

­Now, however, as technology improves and the curiosity for these gadgets continues to grow, spy gear meant for home security and surveillance has become a reality. Some companies are taking spy gear once associated with top secret government projects and law enforcement and adapting it for the public. People concerned about break-ins, suspicious activities or other citizens spying on them can search online for any number of security cameras, listening devices, tracking devices and countersurveillance equipment. 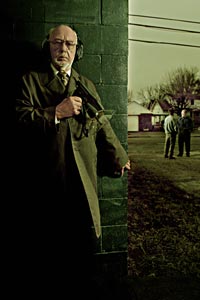 ­Of course, listening is one of the best ways to gather information. We rely on our hearing to communicate with each other, and a conversation between two people can reveal any number of facts.Overhearing an exchange between suspects, such as an important plan, location or details of a past event, can strengthen a case against a criminal, and recording these exchanges can prove even more valuable for future evaluation or evidence.

In espionage, covert listening is one of a spy's most important skills. Using the right kind of listening device, you can gather sensitive information. The longer you stay undetected, the more information you'll be able to collect.

As far as commercially available audio surveillance gadgets go, parabolic microphones are some of the most popular listening devices available to the public. Nature photographers and bird watchers often use these types of microphones to locate animals that are too difficult to see in their natural environments, but they've proven useful in the spy world, too. Shaped like satellite dish antennas, these special microphones amplify sound coming from an area that's too far away to hear clearly without the aid of a listening device. By pointing the device at a desired location, sounds from as far as 300 yards (274.3 meters) away can seem like they're right next to the listener. Simple headphones are typically plugged in, and recorders can be hooked up to the device for documentation. Because of their long range, listeners can remain undetected at a safe distance.

This type of gear looks to be readily available. You can visit several Web sites, search through a large variety of listening devices marketed specifically for surveillance and have one delivered right to your house. In a matter of days you could be spying on your neighbors, right? But is it even legal to use any of these devices to listen to other people?

U.S. law prohibits anyone other than law enforcement officials from installing, using and maintaining listening devices to hear or record someone's conversation without their permission [source: Advanced Surveillance Group]. Any type of audio surveillance requires a warrant. Before you ever consider setting up any kind of audio surveillance, it's a good idea to talk to a lawyer, especially since some state laws can vary slightly. 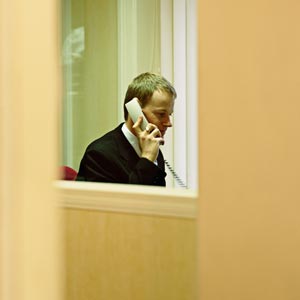 If a person is concerned he or she might be under surveillance, any number of counter surveillance devices can check for suspicious activity.
© Frank Herholdt/Getty Images

­Surveillance can be a powerful tool in the hands of criminals, too. If a burglar wants to steal from a particular house, for instance, he or she doesn't simply walk in through the front door whenever it's convenient and start taking valuables. Chances are the burglar monitors activity around the home, checking to see when its owners come and go and how often the house is left empty. If the burglar is very precise about gathering information, he or she might use surveillance equipment to spy on the house.

But for almost every type of spy gear, there is what's called countersurveillance, or CS. When someone gathers information on an unsuspecting person using spy gear like audio and video surveillance, the one doing the spying is on the offensive and is actively seeking out intelligence. But if the person under surveillance somehow becomes aware of suspicious activity and wants to stop or confuse the one keeping an eye on him, he has the option to go on the defensive and use countersurveillance devices.

Various countersurveillance gadgets perform a variety of different tasks, but most are built to scramble, confuse or detect any type of hostile technology that might be in use as a spy tool. CS devices focus on combating video and audio surveillance that's installed covertly, and these specialized devices have the ability to find the location of a transmitter and identify the kind of signal it emits.

So how do you know when to use countersurveillance equipment? Paying close attention to four simple details -- time, environment, distance and demeanor -- can uncover someone if that person is sloppy in his surveillance techniques. How much time a person spends in an area could potentially give him away. The location, or environment, and the distance at which someone stays are also important. If you consistently spot someone parked down the street at odd hours of the night, for instance, you might have reason to think the stranger is conducting surveillance. How a person acts, or his demeanor, can also give someone away. A frequently nervous individual could inadvertently show concern over getting caught. Once you have good reason to believe a person or an area is under surveillance, it's probably time to use the necessary CS equipment. 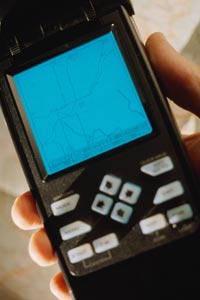 GPS units and other common tracking technologies have made it easier to perform surveillance on others.
© Stockbyte/Getty Images

­There's no question about it -- Global Positioning System, or GPS, units have made life for many of us a lot easier. Anyone who has a tough time just getting to the grocery store and back probably welcomes the rise in popularity of GPS units. Most models provide simple yet precise information on how to get from point A to point B with good accuracy -- by sending and receiving information to and from a network of satellites, a GPS unit can calculate its precise location, along with important factors like speed and direction.

As companies producing GPS devices add the Internet and other novel features to their products, the technology is becoming more and more convenient for drivers. And it's not just typical GPS devices that help us get around. Many smartphones now have GPS capability (albeit with an extra monthly fee). It's even possible to download location tracking applications onto iPhones and phones running Google's Android operating system.

But the nature of sophisticated tracking technologies, like GPS devices, has also made it easier to use them as surveillance devices to track people's location -- for better or for worse. Law enforcement officials have used GPS and other tracking technologies, including radio frequency (RF) technology and radio frequency identification (RFID) technology, to track criminals for several years. By placing a tracking device onto vehicles, police have been able to track and catch suspects after strings of theft, assault or other criminal acts [source: Hubbard].

As with most surveillance equipment, the legality of using a tracking device for personal use is shaky. Although most judges have allowed law enforcement officials to use GPS devices during investigations to catch criminals, the matter becomes different when one citizen uses a tracking device on another. Just like rules concerning video and audio surveillance, fitting someone with a tracking device without his knowledge or permission is illegal, and a person should apply for a warrant if there's any concern over illegal activity.

For lots more information on spying and spy equipment, sneak a peek at the links on the next page.