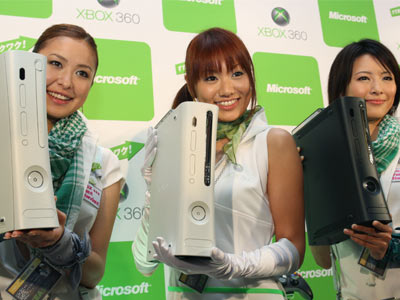 ­While being able to watch a movie on the road sounds heavenly to some people who remember road trips with nothing to do but watch the scenery pass, today's cars offer even more entertainment options. One of the most popular is adding video gaming systems to a car's entertainment capabilities.

While no auto manufacturers are adding video games systems to their cars just yet, installing a video game system in your car -- identical to the one you have in your home -- is relatively easy. When it comes to headrest monitors and video game systems, you're limited only by how much you want to spend.

In order to have headrest monitors that can display video games and other types of media, the monitors need to be able to accept more than one media input at a time. Monitors that have multiple media inputs allow the user to switch between media inputs with a remote control.

Merely seeing the game isn't enough -- of course, passengers will want to play the games, too. If the game system is located within the passenger cabin, wired controls should work fine. However, if the game system is located some distance from the passenger seats, wireless controllers are a popular option. In order to make sure the signal from the wireless controllers make it to the game system, you may have to purchase a signal repeater. These repeaters are usually inexpensive and can be easily mounted on the front of the headrest monitor.

Finally, when choosing a video game system for a car, you should keep safety in mind, too. Some games that require a lot of player motion, like some games for the Nintendo Wii, probably aren't the safest choice for in-car play. Just imagine trying to explain to a police officer that you ran off the road because your passengers were having a heated round of Wii Boxing.

Not sold on headrest monitors? Keep reading to learn more about your other options.