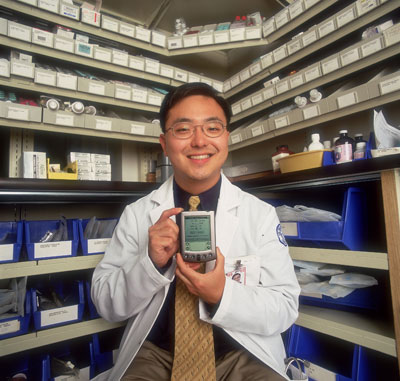 Personal digital assistants, or PDAs, and other similar electronic devices have been around only since the mid-1990s -- though in a short span of time they've managed to make a big impact on our society and culture. It's difficult to walk down the street and not see someone talking on a cell phone or a businessperson organizing a digital calendar. With cell phones, PDAs and smartphones, you can now make and receive calls, send e-mails and text messages and access the Internet. Of course, they're not used simply for business purposes -- you can also take and store digital pictures, listen to MP3s, watch videos and play games to pass the time.

Like the other devices mentioned above, the PDA has had several ups and downs over the years. The first PDA to capture the public's attention and make an impact on businesses was the Palm Pilot 1000, which made its debut in 1996 [source: PC World]. But by 2004, sale in PDA devices dipped significantly as users found sophisticated cell phones and smartphones more attractive -- the newer, shinier, slimmer gadgets could do everything a PDA could do and lots more.

PDA developers picked up on this trend, however, and by 2005 many had introduced more advanced devices with wireless networking and cell phone capabilities. The continually popular BlackBerry, for example, made big strides in sales around this time, with shipments for the device rising 76 percent that year [source: PC World].

One area of business in which PDA use has actually seen a steady increase is the health care profession. To some of us this might seem strange. When we think of things a doctor carries around, we usually think of clipboards and stethoscopes, not handheld PDAs. Why would doctors, nurses and pharmacists use PDAs?

To find out how more health care associations are adapting to changes in technology, read the next page.