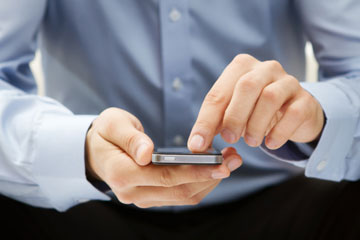 Free-texting apps enable you to send messages for free. But is there a catch?
iStockphoto/Thinkstock

Back in 2009, on a lark, two friends in Pennsylvania decided to try to set a world record for sending the most Short Message Service (SMS) text messages. In the course of a month, they thumbed their phones energetically, transmitting an astonishing 217,000 texts. "A lot of times it was 'hey what's up,' 'how are you doing,' 'what's up,' 'hahaha,' 'lol,' over and over again," one of the men later explained to ABC News. It was great fun, until one of the pair was shocked to receive a bill from his mobile carrier for $26,300 [source: Mayerowitz].

Fortunately for him, the company agreed to tear up his bill. But that story is a reminder of the downside of SMS texting, which Americans love so much that they now send and receive more texts than the number of minutes they spend talking, according to a 2011 Nielsen survey [source: Slideshare.net]. In an age when most other popular forms of electronic communication -- e-mail, social networking sites like Facebook and Twitter, instant messaging apps, the video-chat service Skype -- are available for free, mobile phone carriers still charge for texting, sometimes as much as 20 cents per message you send or receive [source: Wortham].

Or rather, that's what you have to pay if you don't have a "free-texting" app. Today, if you have an Internet-connected smartphone, you can take advantage of a growing assortment of downloadable apps that allow you to send and receive messages without incurring carrier charges, usually by bypassing the carrier's SMS system and sending messages through the Internet. One such app, Pinger, has become so popular that it handles more than two billion messages a month, and its eponymous San Jose, Calif.-based corporate parent has become the seventh biggest data carrier in the nation [source: Delevett].

Free-texting seems like a no-brainer for phone users -- so much so, in fact, that mobile phone service companies have been wailing and gnashing their teeth about the ruinous competition, and they're even contemplating giving up on the old charge-per-usage plans that have long have been an industry cash cow. But you may be wondering: How do they afford to let you send texts for free? Is it even legal? And is there some hidden catch to what seems like a something-for-nothing deal?

If you're a Millennial generation member accustomed to using that ubiquitous gadget in your pocket to buy sneakers, watch movies and play Angry Birds, it may come as a shock to discover that when mobile phones first became widely available in the 1980s, they were initially intended just for -- gasp! -- talking. (They also were the size of bricks and cost thousands of dollars.) Then, a German electronics whiz named Friedhelm Hillebrand realized that in addition to the radio channels upon which mobile phone networks relied to send out voice signals, there were also second channels that were largely unused, except to send some technical instructions to mobile phones about things such as reception strength. Instead of wasting that bandwidth, Hillebrand got the idea of using it to allow users to send short text messages to each other. SMS, which stands for Short Message System, was born [source: Milian]. The first-ever SMS message -- "Merry Christmas" -- was sent over the British Vodafone network in December 1992 [source: Mobile Reference].

But texting took awhile to take off. Initially, phone companies would only allow subscribers to send messages to other subscribers inside their networks -- because it took them awhile to figure out how to charge fees for messages that came from outside their networks [source: Hillebrand]. And it was difficult to tap out messages on numerical keypads, until a Seattle-based company called Tegic invented a program, T9, that predicted the rest of a word after a user had typed a few letters [source: Gow and Smith].

By the early 2000s, though, the barriers had begun to fall. In 2003, it became possible for the first time to send SMS messages to another user on any mobile phone network in the U.S. or Canada [source: Gow and Smith]. The Cingular mobile network helped popularize SMS by encouraging users to vote via text for their favorites on the TV talent contest "American Idol" (and, of course, rack up charges in the process). By 2006, Cingular alone was transmitting tens of billions of text messages on its network [source: Mobile Reference]. By 2011, Americans were sending about two trillion text messages, and texting was generating about $20 billion in revenue for U.S. mobile carriers [source: Wortham].

By that time, though, another revolution -- smartphones equipped with Internet access and more powerful microprocessors that enabled them to function as pocket computers -- had also arrived. 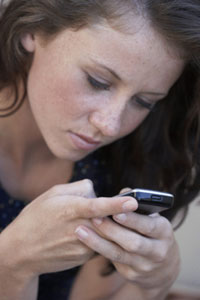 They say you don't get something for nothing, and that's as true of free-text messaging apps as it is of anything else. The entrepreneurs who let you dash off witty repartee with your friends have to make a profit somehow. Generally the way they do this is to compel you to look at advertisements embedded in the app while you're using it. Some providers -- ChompSMS, for example -- will let you turn off the ads, provided you pay a $6 fee via Paypal [source: Purewal].

But when you think about it, having to watch a few ads really isn't that steep of a price for texting addicts to pay in exchange for the chance to send out limitless "ROFLs" to their BFFs. It's such a great deal, in fact, that it's hard to shed the suspicion that there must be something oily about using mobile phone networks to send text messages for free, instead of using the provider's fee-based SMS. But if the lack of high-profile lawsuits by mobile carriers against free-texting providers is any indication, it seems to be perfectly legal. In fact, a number of big, deep-pockets corporate names, such as Google and Apple, recently have gotten into the act with free-texting apps of their own. So, if their lawyers aren't afraid, you probably shouldn't be either.

Mobile carriers, of course, could try to retaliate by blocking free text apps' network access or hindering it. But they might not want to go there: In February 2012, the U.S. Securities and Exchange Commission ruled that telecommunications companies had to let shareholders vote on whether they should have to adopt the principle of net neutrality, under which they would be barred from discriminating against any Internet services that used their networks [source: Hardawar].

Instead, mobile carriers, who lost out on an estimated $13.9 billion in 2011 due to users' switch to using free texting, may be consoling themselves with the fact that an estimated three quarters of mobile phone users around the world are still sticking to using SMS, at least for now [source: Pan]. We'll see how long that lasts. But in the meantime if you're a hardcore texter, you might as well check out the free-texting apps to see if they have a positive effect on your wallet.

I've never been a big user of SMS texting. In part, it's because I've never been able to master the lexicon of texting acronyms that seem to be gradually eating away at the language of Shakespeare, Blake and Dickens like those ravenous invasive Asian carp that some misguided souls let loose in various major American waterways. Call me hopelessly old-fashioned (how would I put that in texting lingo? "HOF"?), but I still prefer to use e-mail and Facebook posts to communicate. That way, I can express myself in full sentences and use all those multi-syllable words that I had to memorize for the SAT decades ago.

Why 911 May Not Find You, But Uber Can
How to Block Unwanted Phone Calls
The Origin of the iPhone Marimba Ringtone Is Shrouded in Mystery