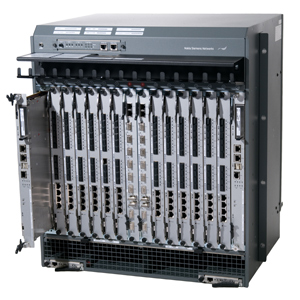 4G isn't revolutionary. It's just an evolution that vastly improves upon the 3G Internet experience. In comparison with 3G networks, 4G has some specific advantages.

Speed improvement is the factor that you might care about most. With 3G, smartphones generally see download speeds of up to around 2Mbps (megabits per second). By comparison, 4G could shift things into high gear, at around 3 to 5Mbps; that's roughly the speed that many home computers receive via cable modem or DSL.

4G speeds could conceivably go much faster, but for now you can disregard those 100Mbps speeds that are bandied about on the Intertubes. Those are theoretical data rates that won't happen in the real world anytime soon.

Mark Murphy, innovation lead at Ericsson, says that beyond speed, 4G has some other defining traits that make it stand apart from older technologies.

4G has higher capacity, meaning it can support a greater number of users at any given time. It sports higher data rates, so that multimedia applications such as video calling or YouTube clips work more smoothly. With a 3G tower, about 60 to 100 people can share the signal and get fast, reliable service. A 4G LTE (Long Term Evolution) tower, however, can serve around 300 or 400 people.

And 4G features reduced latency. With less latency, or delay, you see more immediate response to your commands, which is especially helpful when you're playing fast-paced online games or remotely controlling a car or robot. A network that qualifies as real-time speed has a latency of 50ms (milliseconds) or less; 4G LTE has a latency of only around 20 to 40ms. Low latency also means voice calls don't have any lag or echo, echo, echo.

4G is more spectrally efficient than 3G. Think of radio spectrum as a pipe of a certain diameter; only so much data can go through that pipe at one time. But 4G uses clever coding schemes to dramatically increase the amount of data that rushes through the spectrum. Ultimately, it delivers more bits per hertz than 3G.

But what it is about 4G that actually drives these improvements? Keep reading and you'll see how 4G gets its real horsepower.