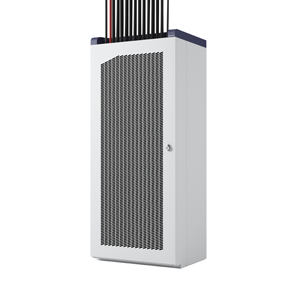 Base stations like this one aren’t visible to mobile users, but they’re linchpins in any 4G system's architecture, helping to coordinate high-speed data transfer.
Image Courtesy Ericsson

Wireless networks are hodgepodge of various and overlapping technologies. No matter how convoluted the acronyms, what it always boils down to is this -- wireless networks are radio systems. You can read about the basics of cell phone technology in How Cell Phones Work and How Smartphones Work.

No matter which wireless technology might dominate your part of the world, you have something in common with the rest of the planet – you're part of the wireless explosion. There are nearly 6 billion cellphone subscriptions active in the world [Source: 4G Americas], and mobile phones are only getting more and more popular.

To keep up with the demands of billions of wireless phone customers, networks must change and adapt to handle more users and more data. Every leap in network performance or capability is denoted (often vaguely) as a so-called new generation.

Old-school 1G (first-generation) networks, built in the 1980s, were analog, and they carried only voice calls. In the early 1990s, digital 2G (second-generation) began their ascent, allowing for basic data services such as text messaging and email.

3G networks began spreading in the early 2000s, and with them, so too did the concept of mobile Internet. With a fast connection, you could surf the Web, play streaming audio, although the experience was sometimes obscenity-spewing slow.

Then consumers began clamoring for even more fabulous, Web-centric mobile capabilities. Mobile devices with advanced and data-hungry capabilities exploded in numbers. In the meantime, network infrastructures began creaking under the weight of immense demands for data.

3G needed more oomph. It was time for wireless networks to evolve once again, this time to provide speedier mobile broadband service. That time is now.

So, faster-than-3G systems are often referred to as 3.5G or 3.9G, or simply 3G+. However, marketing campaigns from major carriers, who are always looking for a competitive edge, refer to these networks as 4G. In short, 4G is merely a marketing term. It means only that a network is faster than 3G. That's it.

But there are different flavors of 4G, or mobile broadband. On the next page you'll see how 4G is different from its wireless forebears, and then delve into the details of what makes it so much faster than the first 3G systems.