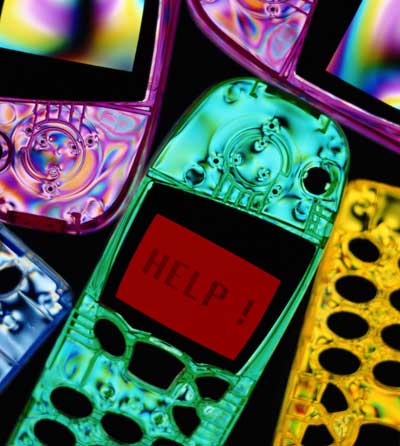 One early fall morning, an Oklahoma woman came close to death. Soon after Shannon Haight pulled her car into the company parking lot, a man approached her and asked for directions. The next thing she knew, she was fighting for her life. The man, wanted in another state for rape and kidnapping charges, shoved Haight into his trunk and drove away.

Luckily, Haight was prepared. She had a weapon. Still in the trunk, she reached into her purse and pulled out -- a cell phone?

Thanks to her quick thinking, the frantic woman was able to get help by dialing her boyfriend, who notified 911. Less than an hour after being forced into a strange car, Haight was safe, and the criminal was on his way to pri­son.

Stories like Haight's are popping up all around the world. Wireless technology isn't just a convenient luxury anymore; it's a powerful tool for preventing crime. People equipped with camera phones can snap pictures of crimes in progress and beam them to the authorities, and witnesses hesitant to call in crime tips can communicate through text messages.

Cell phones aren't the only wireless weapon. Wireless surveillance cameras, GPS systems and Internet networks increasingly are being used by crime-fighting units from Dallas to Denmark.

­With the introduction of in-car computers, police officers who used to spend hours filing reports at the station can now write them in a few hours from their patrol cars. One study conducted by a wireless network provider determined that a policeman assisted by a highly connected network equals the output of five police officers without one [source: BearCom].

Pocket-size PDAs allow police officers to send and receive photos, verify IDs and monitor radio calls. Now, when an officer pulls someone over, he can easily input the person's name, license number or photo into the device and receive a report verifying the person's identity within minutes. In-car computers connected to the network offer the same flexibility. Before such technology was available, officers often had to wait days to get any sort of important information, forcing them to release probable criminals.

Find out how photos are fighting crime on the next page.

One advanced technology many officers pine for is livetime fingerprint units. These devices electronically scan a person's fingerprint, relay the information to a criminal database and return any matches immediately.­ 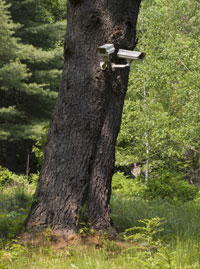 More than half of the 741 million cell phones in the world are equipped with some type of photo capability [source: Reardon]. You're probably well aware of this, having taken countless pictures of you and your friends. Some of these photos do more than just preserve memories; they fight crime. Police in London used cell phone images to find the terrorists behind the 2005 bombings. Elsewhere a man who tried to abduct four teenage girls was arrested a month later when the same girls spotted him and took a picture of his license plate.

Amateur sleuths also can send their digital videos and pictures of crimes in progress to 911 call centers in places like New York City. A new technology allows the sent images to be incorporated directly into the record of the related call. They also can be forwarded to emergency crews on their way to the scene. Linking the images with the specific call makes them easy to find later for use in an investigation.

>Cell phone images work with other wireless weaponry, like surveillance cameras, to capture criminals. Although surveillance cameras themselves are nothing new, wireless ones can be installed where wired ones can't, such as in out-of-the way areas and in moving objects like patrol cars. They also cost less than wired cameras and are easily moved to new locations to follow high-crime areas.

In Dallas, wireless cameras with motorized controls allow officers watching from a remote location to pan around and zoom in and out to look for information that could help to solve a crime. In Baltimore, officers can watch live feeds for suspicious activities, which have enabled them to catch several violent offenders in the act. On the West Coast, Los Angeles police reported a 32 percent reduction in crime after installing wireless cameras [source: Jones]. Video surveillance systems can help to deter crime, monitor suspicious activities, identify license plates and collect evidence.

Some police forces also use global positioning systems, or GPS, in their vehicles. This locator technology can alert 911 dispatchers to which officers might be able to respond to an emergency the quickest, as well as allow those dispatchers to reassure panicky callers who want to know how far away help is. In addition, if an officer ever gets into trouble and can't radio his location back to base, the GPS will broadcast the officer's position, speed of travel and location.

­Another wireless technology has even been used on the likes of Martha Stewart. Wireless radio-frequency identification (RFID) tags are often used by police to keep tabs on parolees and people on house arrest. The tags relay a signal that monitors the subject's whereabouts, notifying the police if the subject is entering an area he or she shouldn't.

If your cell phone doesn't have a camera, have no fear, you can text yourself to safety. Find out how text messaging assists investigations next.

Preventing crimes and saving lives with wireless devices is becoming so common that an organization called the Wireless Foundation hands out awards every year to the top "wireless Samaritans," who have courageously used wireless technology in emergencies. 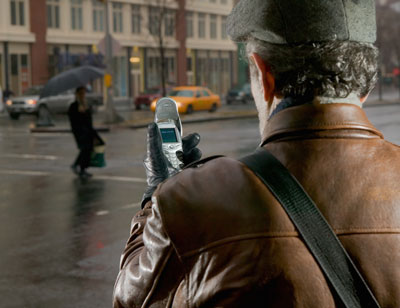 How does my iPhone know when the person texting me is typing?
Do Smartphones Really Charge Faster in Airplane Mode?
Will the landline phone become obsolete?