What is ISO speed? 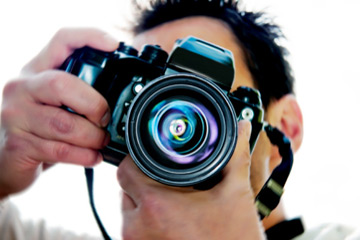 To understand ISO speed, you need to first understand the basics of how a camera works. At its simplest level, a camera is a box with a hole in it. When light passes through the hole, it shines on a light-sensitive medium inside the box -- either traditional film or a digital sensor -- that absorbs the light and captures the image. The ISO speed controls the sensitivity of the film or the sensor that absorbs the light. The higher the ISO speed, the more sensitive the film or sensor is to light.

The word ISO isn't exclusive to photography. It's the short-form name (not an acronym, interestingly) for the International Organization for Standardization [source: ISO]. This standards body was the first to combine competing classifications for the sensitivity of film into one uniform system. Under the ISO system, the lowest speed -- and therefore the least sensitive film -- is 100. From there, each setting, or stop, doubles in sensitivity and doubles in number: 200, 400, 800, 1600, 3200 and so on. The highest ISO speed on top-end digital cameras is 102,400 [source: Nikon Australia].

When using a traditional camera, you buy film labeled with a certain ISO speed and you set the ISO speed on your camera to match it. One disadvantage of film cameras is that you have to shoot the entire roll at the same speed. On a digital camera, you can change the ISO speed with each shot according to the light available and the subject of the photo. Which brings us to the function of ISO speed when taking pictures.

ISO speed is one of three settings that control how much light each exposure captures. The shutter speed controls how long the hole is open. Aperture controls the size of the hole. And ISO speed, as we mentioned, controls the light sensitivity of the film or sensor. By adjusting these settings to different light conditions, experienced photographers can get the clearest and sharpest shots.

For outdoor shots in daylight, low-sensitivity ISO 100 is all you need because there is ample light. ISO becomes more important in low-light conditions. If you don't want to use a flash, one solution is to slow down the shutter speed to let in more light. The danger is that your subject (or your hand) will move while the shutter is open, causing a blurred image. But if you raise the ISO speed, the increased sensitivity allows you to keep a fast shutter speed.

One drawback of higher ISO numbers is an increase in noise, or graininess. This is because higher ISO film is made with larger photosensitive grains, the individual particles that absorb the light. Graininess isn't as much of an issue with digital cameras, although the sharpness of the image can suffer at higher ISO speeds. A nice perk of higher-end digital SLR cameras is that they have built-in software that reduces noise even at ISO 1600 and beyond [source: Canon Australia]. Sometimes graininess is a desirable artistic effect, as in low-light black-and-white photos.