Browse the article Top 5 Myths About the Internet 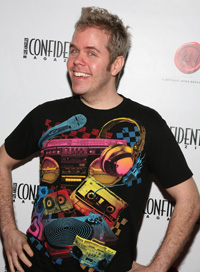 The meteoric rise of gossip blogger Perez Hilton might lead some to believe that fame and fortune are but a few mouse clicks away. Nothing could be further from the truth.
Angela Weiss/Getty Images Entertainment

Bill Gates will pay you $245 for forwarding this e-mail. At the stroke of midnight, March 31, the Internet will be shut down for 24 hours for its annual spring cleaning. Microsoft is developing a portable toilet with Internet access called the iLoo.

Sound familiar? Those are just a tiny sampling of the thousands of ridiculous Internet myths that have run the spam e-mail circuit over the past decade. Not that we ever believed any of them, of course.

What is it about the Internet that makes it such fertile territory for goofy hoaxes, elaborate jokes and urban legends? Perhaps because many of us are so awed about how much the Internet has changed our lives, yet equally clueless about how the thing actually works. As a result, we find ourselves taken in by the Internet's many distractions -- some innocuous, some quite harmful.

What follows, in no particular order, are the top five myths that continue to warp our understanding of the Internet, its origins, who controls it, how it makes people rich (or poor) and who's prowling in its darkest corners. 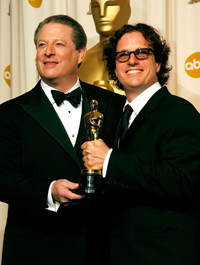 Former Vice President Al Gore poses with director Davis Guggenheim after winning an Academy Award for their 2006 documentary "An Inconvenient Truth." In 1999, Gore came under fire for reportedly overstating his role in the creation of the Internet.
Vince Bucci/Getty Images

This one's actually a myth within a myth. The first myth is that former vice president Al Gore invented the Internet. The second myth is that Al Gore ever claimed to have "invented" anything.

On March 9, 1999, CNN anchor Wolf Blitzer interviewed Al Gore as Gore was beginning his 2000 presidential campaign. Answering a question about what he would bring to the table, Gore replied:

Even Gore's most loyal defenders admit that if he never meant to take sole credit for the creation of the Internet, he phrased it awkwardly. It didn't take long for critics to leap upon what appeared to be a gross overstatement, if not an outright lie.

Two days after the interview, journalist Declan McCullagh wrote a story for Wired News lambasting Gore for exaggerating his role in the Internet's creation, and then followed up his story with an e-mail newsletter titled, "House Majority Leader Armey on Gore 'inventing the Internet'" [source: Finklestein].

The story exploded, and although Gore never uttered the words "invented the Internet," that phrase would be repeated in nearly 5,000 news stories and countless late night talk show monologues during the campaign [source: Boehlert].

While Gore did popularize the phrase "information superhighway" and supported early high-speed network legislation, the men traditionally credited with "inventing" the Internet are Vinton Cerf and Robert Kahn [source: Google].

Your ISP Is Tracking Your Every Move

Your Internet service provider (ISP) is your local link to the worldwide computer network known as the Internet. Every page request you make and every e-mail you send must travel through your ISP's routers first. It would seem, therefore, that your ISP has the power to scan and save every piece of data that flows through its system.

The truth is that it does have the power. Fortunately for us, it doesn't have the money or the desire to archive every bit of information that comes its way.

ISPs in the United States don't routinely save the Web surfing histories and e-mail conversations of their users [source: McCullagh]. It would simply be too expensive to save all of that data and the public outcry from privacy rights and civil liberties organizations would be deafening.

However, ISPs can (and do) track the online behavior of suspects targeted by an ongoing Homeland Security or law enforcement investigation into charges of terrorism or child pornography.

In European Union countries, ISPs are now required by a European Commission regulation to save e-mail logs of their users for up to two years [source: Tryhorn]. The e-mail logs don't contain the contents of the messages, only information on who sent messages to whom and when. The logs can be used in criminal investigations.

A hot topic in the U.S. concerns ISPs who partner with advertising firms that store cookies on users' browsers to collect "behavioral targeting" data designed to cater to visitors of various Web sites. The advertisers claim they don't associate collected data with individual IP addresses, but privacy groups are still up in arms [source: Greenburg].

The Internet Is Filled With Sexual Predators 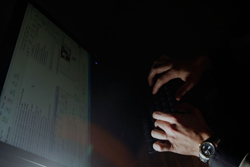 A Florida detective poses as a teenage girl to lure online predators. While this behavior takes place all over the Internet, it isn’t as prevalent as some people fear.
Joe Raedle/Getty Images News

Every parent wants to protect his or her children from emotional, psychological and physical harm. That's why parents are so disturbed by programs like Dateline NBC's "To Catch a Predator" and news stories that portray the Internet as a breeding ground for sexual stalkers.

The truth, according to a recent report by David Finkelhor -- director of the University of New Hampshire's Crimes Against Children Research Center -- is that the Internet hasn't created a new kind of child predator. Instead, the Internet has provided a new medium for an old phenomenon: adults looking for underage sexual partners.

The study finds that in the vast majority of "online predator" cases, the adult perpetrator clearly identified himself online as an adult looking for sex with minors [source: Wolak et al]. Most predator crimes are statutory rape, not sexual assault, meaning that sexual relations between the parties involved weren't forced.

This is an uncomfortable subject, but an important distinction, says mother and Daily Beast columnist Lenore Skenazy. Instead of banning a child from using Facebook, for example, parents can focus on teaching their children about healthy relationships [source: Skenazy]. And teachers and authorities can focus on the danger signs -- abuse at home, drug use, isolation from peer groups -- that would lead a young person to engage in risky online behavior.

Everything You Read on the Internet Is True

The Internet has revolutionized the publishing and media industries. Anyone with an Internet connection can instantly share their thoughts and opinions with a worldwide audience. The result, according to Google, is that there are well over a trillion unique Web pages [source: Alpert].

Since anyone can publish a Web site, you can never tell where that information comes from. That's not the case: By using a relatively simple set of guidelines, you can evaluate the credibility of information on any Web site.

The first thing you should examine is the Web address itself. Does it end in .gov or .edu? Does it include a person's name? With nothing more than a URL, you already have a good indication of the source of the material.

If you don't recognize the name of the Web site from an offline publication -- newspaper, magazine or TV show -- read the site's "about" section to find out more. Look for clear signs of bias or commercial interests.

Above all, say the librarians of the University of California at Berkeley, you should approach all online information with "healthy skepticism" [source: UC Berkeley]. Use the same analytical tools you would use to examine any other form of media. In other words, consider the source.

The Internet Will Make You Rich 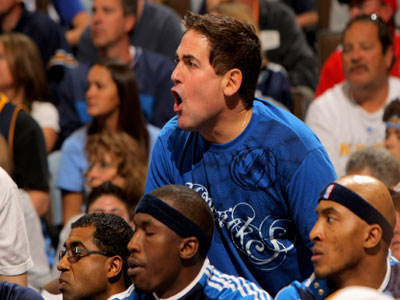 Dallas Mavericks owner Mark Cuban made his fortune in 1999 when Yahoo! bought his Internet startup, Broadcast.com, for $5 billion. Despite the billions that many made during the dot-com boom, Cuban's story is the exception, not the rule.
Doug Pensinger/Getty Images Sport

If you believe the "I make $50,000 a day online!" advertisements and spam e-mails touting the "Millionaire's Secrets to E-Trading," then the Internet is one big gold mine just waiting for a shovel. Or someone has a gorgeous suspension bridge in Brooklyn to sell you.

It's true that a few visionary -- and lucky -- entrepreneurs cashed in big when venture capitalists and large brick-and-mortar companies funneled billions into their fledgling tech startups during the dot-com boom years. Huge flops like Webvan, eToys and Pets.com made news, but the memory of these flameouts would fade with time [source: German].

From a business perspective, it's still tempting to think of the Internet as a magic bullet for increasing sales on any existing product or service. After all, if millions of people are online, then you must have a huge customer base. Then again, you may not.

Effective online marketing is a tricky business. It requires savvy search engine optimization, complicated online advertising models and sometimes even expensive offline commercials. The sad thing is that even if you can convince millions of people to visit your site, there's no guarantee that they're going to buy anything [source: Borrego].

There's no formula designed to ensure online business success. On fact, most online businesses succeed or fail by the same principles as offline businesses. The quality of the product or service is the most important of all, followed by your ability to forge and maintain excellent relationships with employees, business partners and customers [source: Holloway].

For more information about the Internet and social networking, take a look at the links on the next page.