by Dave Roos
Prev NEXT
1

Google Wants to Own the Internet 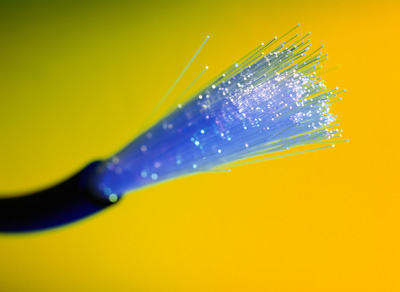 It looks harmless, but the fact that Google owns more dark fiber than anyone else in the world has a few people crying foul.
Lawrence Lawry/Getty Images

When Google buys something -- like YouTube -- it usually makes front-page news. That's why some Google watchers are intrigued by the company's extremely quiet purchase of miles and miles of dark fiber.

Dark fiber is high-speed fiber-optic networking cable that hasn't been switched on yet. Insiders say Google owns more dark fiber than any other organization in the world [source: Cringely].

What could a company like Google do with all of that extra wire? The short answer: It could actually hijack the Internet.

This is the doomsday scenario proposed by technology writer and columnist Robert X. Cringely. As more and more people use the Internet to download movies, TV shows, music and other media, Internet service providers (ISPs) will struggle to meet the increased bandwidth demands. Google, meanwhile, will use all of that dark fiber to build its own faster, more efficient version of the Internet. When ISPs reach their capacity, they will have no option but to route all of their traffic through Google.

"We won't know if we're accessing the Internet or Google and for all practical purposes it won't matter," Cringely wrote in 2007. "Google will become our phone company, our cable company, our stereo system and our digital video recorder" [source: Cringely].

Google representatives have a slightly less dramatic explanation for the dark fiber purchases. They simply want to use it to interconnect data centers located around the globe.

Google also partners with telecommunications companies like AT&T to borrow bandwidth on their nationwide networks. To make these arrangements work, Google has to route a lot of its traffic to specific remote "peering" locations [source: Sullivan]. That requires a lot of extra networking fiber as well.

"You see an article in the New York Times about how AT&T has bought more fiber, and their stock goes up," Google's Chris Sacca said in 2006. "Then there is the same article over here about how Google bought some fiber, and it's like 'Google is trying to take over the world.'" That doesn't seem to be the case -- at present.