by Dave Roos
Prev NEXT
5 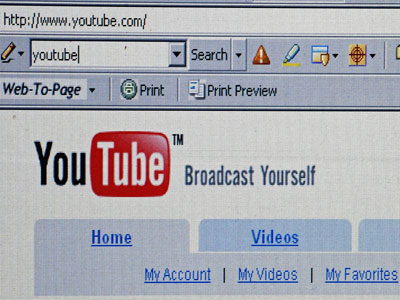 YouTube is one of many wildly popular Google properties.
Jeff J. Mitchell/Getty Images

So, how does Google make money? Does it make money at all? Since Google's debut, a persistent rumor asserts that the company has no business model and therefore makes no profit. That's one seriously misguided myth.

In 2008, Google made nearly $22 billion [source: Google]. Ninety-seven percent of the company's revenue came from advertising. How did they pull this off? Google has developed two highly profitable advertising models: Google AdWords and Google AdSense.

AdWords are the advertisements that appear during Google searches above and beside the main search results. They're labeled as "Sponsored Links." Advertisers can use AdWords to write short text ads and tag them with keywords. Google then uses complicated algorithms to find the most relevant ads for certain Google searches.

The advertiser doesn't pay Google each time his or her ad is shown. He or she only pays when someone clicks on his or her ad. Click-through costs can be as low as 10 cents, so it's not a steep investment for advertisers. But for Google, all of those dimes add up quickly.

AdSense works in a similar way, but the text ads surface on non-Google Web sites. If you run a Web site and want to earn a little advertising revenue, you can sign up with AdSense. Google uses its algorithms to show pertinent ads to site visitors. Every time a visitor clicks on an ad, the advertiser pays Google 10 cents or $20, depending on the popularity of a particular keyword. Google then gives you, the Web site owner, a small slice of that fee.

Keep in mind that all of that revenue isn't pure profit: After a year of investment losses and general economic havoc, Google turned a profit of $4 billion in 2008. In the final quarter of 2008, however, it experienced its first-ever drop in quarterly profit [source: Liedtke].