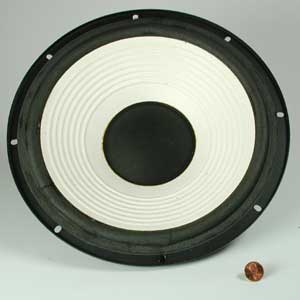 In the last section, we saw that traditional speakers produce sound by pushing and pulling an electromagnet attached to a flexible cone. Although drivers are all based on the same concept, there is a wide range in driver size and power. The basic driver types are:

And if you think about it, this makes perfect sense. To create higher frequency waves -- waves in which the points of high pressure and low pressure are closer together -- the driver diaphragm must vibrate more quickly. This is harder to do with a large cone because of the mass of the cone. Conversely, it's harder to get a small driver to vibrate slowly enough to produce very low frequency sounds. It's more suited to rapid movement.