What is a speaker tweeter? 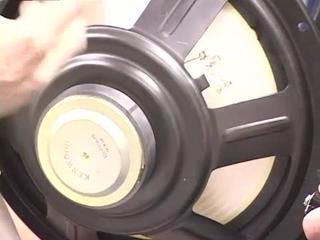 Traditional speakers produce sound by using an electromagnet to move a flexible cone back and forth. They use drivers to help translate electrical signals into physical vibrations so that you can hear recorded sounds. A tweeter is the type of speaker driver that produces the highest range frequency. The other two main drivers are woofers and midrange.

Basically, a driver moves a flexible cone, or diaphragm, back and forth very quickly to produce sound waves. The diaphragm is normally made of paper, plastic or metal and it's attached to the suspension's wide end. The suspension, also called the surround, is a flexible metal rim that lets the cone move. It's connected to the basket, which is the driver's metal frame. On the narrow end of the cone is a voice coil, which hooks up to the basket via a flexible metal ring that lets the coil move back and forth while still keeping it in place.

The difference between a tweeter and the other two types of drivers is mainly size-related. A woofer is the biggest type of driver, and it's meant to create low-frequency sounds. Meanwhile, tweeters are a lot smaller and they make the highest frequency sounds. Not surprisingly, midrange speakers cover the middle part of the spectrum between the woofers and the tweeters. The size of the tweeter dictates the frequency because to make higher frequency waves, the diaphragm has to vibrate faster. It's too hard for a large driver to vibrate fast enough to create the sounds of a tweeter. Often, a stereo will break down its electrical signals into different frequencies, and each of the three types of driver will handle the part assigned to its capabilities. Many times, the drivers are all housed within the same enclosure.

How 3-D TV Works
What is a MiniDisc and how does it differ from a CD?
Why are there so many different connectors on my DVD player?