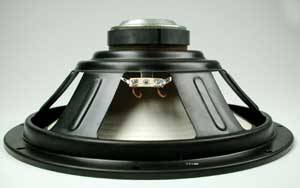 A driver produces sound waves by rapidly vibrating a flexible cone, or diaphragm.

Some drivers have a dome instead of a cone. A dome is just a diaphragm that extends out instead of tapering in.