Why am I not allowed to use my cell phone in airplanes or hospitals? 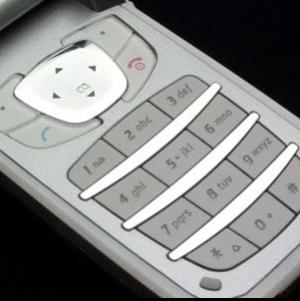 Most of us experience electromagnetic interference on a fairly regular basis. For example:

None of these things, technically, should be happening. For example, a truck's CB radio is not transmitting on the FM radio bands, so my radio should never hear CB signals. However, all transmitters have some tendency to transmit at lower power on harmonic side bands, and this is how the FM radio picks up the CB. The same thing holds true for the wireless phone crossing over to the baby monitor. In the case of the cell phone affecting the computer's speakers, the wire to each speaker is acting like an antenna, and it picks up side bands in the audible range.

These are not dire problems -- they are just a nuisance. But notice how common they are. In an airplane, the same phenomena can cause big trouble.

­­An airplane contains a number of radios for a variety of tasks. There is a radio that the pilots use to talk to ground control and air traffic control (ATC). There is another radio that the plane uses to disclose its position to ATC computers. There are radar units used for guidance and weather detection, and so on. All of these radios are transmitting and receiving information at specific frequencies. If someone were to turn on a cell phone, the cell phone would transmit with a great deal of power (up to 3 watts). If it happens to create interference that overlaps with radio frequencies the plane is using, then messages between people or computers may be garbled. If one of the wires in the plane has damaged shielding, there is some possibility of the wire picking up the phone's signals just like my computer's speakers do. That could create faulty messages between pieces of equipment within the plane.­Many hospitals have installed wireless networks for equipment networking. For example, look at the picture of the heart monitor in How Emergency Rooms Work. The black antenna sticking out of the top of the monitor connects it back to the nursing station via a wireless network. If you use your cell phone and it creates interference, it can disrupt the transmissions between different pieces of equipment. That is true even if you simply have the cell phone turned on -- the cell phone and tower handshake with each other every couple of minutes, and your phone sends a burst of data during each handshake.

The prohibition on laptops and CD players during takeoff and landing is addressing the same issue, but the concerns here might fall into the category of "better safe than sorry." A poorly shielded laptop could transmit a fair amount of radio energy at its operating frequency, and this could, theoretically, create a problem.

For more information on these topics, check out the links on the next page.