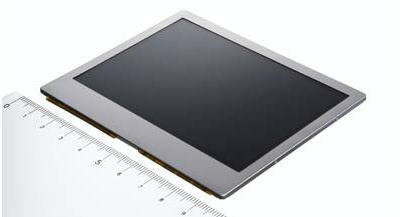 Currently, OLEDs are used in small-screen devices such as cell phones, PDAs and digital cameras. In September 2004, Sony Corporation announced that it was beginning mass production of OLED screens for its CLIE PEG-VZ90 model of personal-entertainment handhelds.

Kodak was the first to release a digital camera with an OLED display in March 2003, the EasyShare LS633 [source:Kodak press release].

Several companies have already built prototype computer monitors and large-screen TVs that use OLED technology. In May 2005, Samsung Electronics announced that it had developed a prototype 40-inch, OLED-based, ultra-slim TV, the first of its size [source: Kanellos]. And in October 2007, Sony announced that it would be the first to market with an OLED television. The XEL-1 will be available in December 2007 for customers in Japan. It lists for 200,000 Yen -- or about $1,700 U.S. [source: Sony].

Research and development in the field of OLEDs is proceeding rapidly and may lead to future applications in heads-up displays, automotive dashboards, billboard-type displays, home and office lighting and flexible displays. Because OLEDs refresh faster than LCDs -- almost 1,000 times faster -- a device with an OLED display could change information almost in real time. Video images could be much more realistic and constantly updated. The newspaper of the future might be an OLED display that refreshes with breaking news (think "Minority Report") -- and like a regular newspaper, you could fold it up when you're done reading it and stick it in your backpack or briefcase.

For more information on OLEDs and related technologies, check out the links below.