Does keeping texts on my phone slow its performance?

Browse the article Does keeping texts on my phone slow its performance? 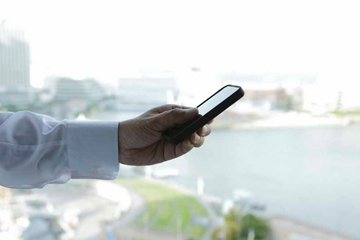 Do you have way too many old text messages hanging around?
sot/Digital Vision/Getty Images

We all know large apps can fill up a smartphone's memory and slow the phone down, but what about texts? Texts don't typically store lots of data, unless you've got tons of video or pictures in them, but over time they do add up.

So, can texts slow down your phone's performance? The short answer is yes. Yes they can. However, you may not notice it for a while. For both iPhones and Android smartphones, a surplus of texts could eventually slow the phone down. And for those of you who don't have a smartphone yet: First, let me remind you it's the 21st century. Second, your texts can still slow down your old I'm-going-to-fight-technology-as-long-as-I-can cell phone.

Just like large apps that take up a significant amount of a phone's hard drive, your texting app may slow down if you have too many texts stored on the phone. If you notice your texting app takes longer to open, doesn't respond well to typing, or won't send texts quickly, you just might have a few too many old text messages saved.

So what's one to do when you have too many texts? Delete those suckers! Do you really need those old texts asking whether you can borrow your friend's humidifier anyway? Of course not! Deleting those excess texts can speed up your phone and your texting app should see the most improvement.

If you're a text hoarder and can't fathom deleting any of your precious conversations, you may want to look into an app that will export texts to your computer or one that will back up your entire device. There's plenty out there and you won't have to worry about losing that picture of the huge spider your brother sent you.

Oh, and not to get all PSA on you, but don't do any of this while driving.

Truth be told, my Android phone has slowed down many times in the past and the first thing to come to mind wasn't deleting texts. It was probably more like, "Why don't I have an iPhone?!" But after doing a little research it seems that even the beloved iPhone can slow down sometimes, and an overabundance of texts may play a part. Even with the minor inconvenience of a temporarily slow smartphone, I'd still take texting over actually talking on the phone. Phone conversations are so old fashioned.