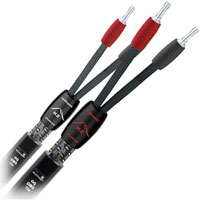 The quest for high fidelity can be an expensive one -- these AudioQuest K2 speaker cables cost more than U.S. $6,000.
Courtesy Amazon

Do you know any audiophiles? Audiophiles are people who demand the highest sound quality possible in their audio playback equipment. Some spend thousands of dollars in their quest for the perfect system. And many don't just focus on equipment or media; some go so far as to design a room's architecture to get the acoustics just right.

Audiophiles might describe a sound as bright, dark, warm and dry, among other things. Some use the word ambiance to describe the way a listening environment makes­ them feel. But they use the word ambience to describe the perception of a space where a recording was made. All of these terms are subj­ective -- what sounds warm to one person might not sound as good to another. That makes it difficult to define what high quality sound really is.

A similar term is high definition (HD). Usually used to describe video quality, some people are applying the term to sound quality. Specifically, people use this term to describe high quality digital sound. A hi-fi system can have both digital and analog components, but we'll look into more on that later.

What is it about a machine that makes it a high-fidelity or high-definition audio device? Find out in the next section.

Analog vs. Digital: To the Death!

So which is better, analog media or digital media? Analog media can refer to anything from a vinyl record album to magnetic tape. Digital media include computer files and compact discs, among other formats. Some audiophiles insist that analog media provide a better listening experience. Others say there's no discernible difference between the two kinds if your audio system is top-notch.

Imagine that you're recording a live performance of a touring symphony orchestra at the Sydney Opera House in Australia. You're using the best audio recording equipment on the market. After the performance, you follow the orchestra to its next destination -- the Lincoln Center in New York City. Again, you record the orchestra's performance with the same equipment.

Using the right equipment, you might be able to tell a lot about the original recording conditions. Even if the orchestra was able to perform exactly the same way both times, there would be differences. The acoustics of the two venues wouldn't be the same. Sound would carry in slightly different ways, and this would affect the recording. Some audiophiles say that certain venues imbue recordings with a particular sound or mood, and with hi-fi equipment you can recreate the sensation of actually being at the venue during the performance.

For an audiophile, such considerations are important. The skill and performance of a musician are still critical, but so are many other factors. An audiophile might even claim that he or she could identify the brand of guitar played by a musician based on how it sounds on a hi-fi system.

The ultimate high-fidelity system would recreate sound perfectly. Were you blindfolded, you'd be unable to tell if you were listening to a recording or if a musician were in the room playing right next to you. For some audiophiles, the quest to achieve perfect sound reproduction verges on an obsession.

What about high-definition audio? Is it a meaningful term? Keep reading to find out.

A Matter of Opinion

One thing that makes it difficult to define high fidelity is that sound quality is somewhat subjective. One person might think a sound system stresses the treble range of sound too much. But another person might think the sound is perfect. There may even be psychological factors that influence how an audiophile perceives the quality of a particular sound system. 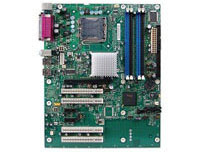 While the term high-fidelity has been around for decades, high-definition audio is a relative newcomer to the scene. The technology company Intel has led the way to defining a set of specifications and hardware for digital sound on computers that they call HD Audio. Unlike hi-fi systems, which can incorporate both analog and digital signals, high-definition audio focuses solely on digital media. It lets your computer act like an audio receiver and amplifier.

The main focus of the product is to create an immersive experience. Through the use of surround sound, it's possible to create an audio environment in which you're in the center of a performance. That doesn't mean the sound will be an accurate representation of the original recording conditions. Intel's HD Audio system doesn't include outputs like speakers or headphones -- you have to supply those yourself. If you hook up lower end output devices to your computer, the sound you'll hear might not replicate the original performance accurately.

In other words, an inexpensive surround sound theater system might immerse you in the listening experience, but it won't achieve the goal so many audiophiles chase after. But for many home theater applications, such a system would be fine. Even if the system didn't recreate sound to the exacting standards of an audiophile, it could still create an immersive experience as part of a home theater system.

There you have it. A high-fidelity sound system meets subjective standards and reproduces sound accurately. A high-definition audio system supports the latest digital audio formats and creates an immersive experience. The two are related, but aren't interchangeable. It's possible to create a high-fidelity system that doesn't rely on digital media at all, for example. When in doubt, if someone asks you if you'd like to listen to a hi-fi or hi-def sound system, just say "sounds good to me!"

Mention MP3 files to an audiophile and you might need to take cover. The MP3 format has a bad rap with serious audiophiles. That's because of the nature of MP3s. An MP3 file is a special kind of compressed sound file. Part of the process of creating an MP3 is to eliminate any sounds that fall outside the range of human hearing to conserve file space. Audiophiles say the compression process negatively impacts the sound quality. They'd argue that even with the best stereo equipment, an MP3 file will always be inferior to other media.

What About HD Radio?

How Projection Television Works
Home Theatre Projects
What's the difference between a LCD TV and a DLP TV?