Radio hasn't really changed much in the past 80 years or so. The last "big thing" was the widespread adoption of Frequency Modulation (FM) in the 1960s and 70s. Now a new radio format is set to add features to your radio listening experience: HD Radio. This new technology promises higher quality sound, more stations with the same amount of bandwidth and extra information beamed straight to your radio as a digital signal. HD Radio is not without its detractors, however, and it has a long way to go before it can be considered a success.

When most people first hear of HD Radio, they often assume it's like HDTV, but for radio. HD Radio is a very different technology, however. Unlike the "HD" in HDTV, the "HD" in HD Radio is not an abbreviation for "High Definition." Although some have said that it actually means "Hybrid Digital," according to iBiquity, "HD" is a trademarked brand name and doesn't actually stand for anything [Source: Crutchfield Advisor].

HD Radio won't replace traditional radio broadcasting -- it will be offered alongside it. So if you have no interest in what HD Radio has to offer, you don't have to worry that someday your trusty stereo receiver will stop picking up radio stations. However, the purchase of a receiver that can accept and interpret an HD Radio signal is necessary if you want to enjoy the extra features allowed by the new technology.

HD Radio sends more information over the same radio frequency by digitizing the signal. A digital signal can then be compressed by a computer, much like an MP3 is a compressed version of the much larger WAV file that is on a CD. Digitizing allows FM stations to broadcast with near-CD quality sound, and HD Radio AM stations will sound just as good as FM stations do now. An HD Radio receiver can also zero in directly on the digital transmission, eliminating interference and signal "reflections" off of buildings. The result is clear sound without any static, pop or hiss.

Another application of HD Radio is the ability to multicast multiple channels on the same signal. Multicasting also refers to a form of Internet routing architecture, so the multiple channel transmissions allowed by HD Radio might be more accurately described as multiplexing (iBiquity chose the term "multicasting").

The extra bandwidth of an HD Radio signal leaves room for completely separate channels operating on the same frequency. Here's how it works: Suppose your favorite radio station is 102.5 FM. When you tune in, you pick up the regular broadcast -- classic rock. Your HD Radio receiver indicates that the station is multicasting. You turn a dial to select the alternate channel, where they play nothing but blues. Or your favorite talk radio station might have separate, simultaneous broadcasts featuring news and weather, sports talk and political commentary. ­

Current HD technology allows the addition of one extra music channel and three extra talk channels before the sound quality begins to suffer. The extra stations are referred to as HD2 stations. If an HD Radio receiver loses the digital signal, it seamlessly fades back to analog FM until the digital signal returns.

­ An HD Radio receiver can display text data that is sent alongside the audio signal. This could take the form of artist and song information about the music being played or sports, weather or stock updates.

No radio stations are planning to go all-HD. They'll continue to broadcast regular analog signals along with the HD signals, so old radios will be able to pick up AM and FM stations with no problems in the foreseeable future. 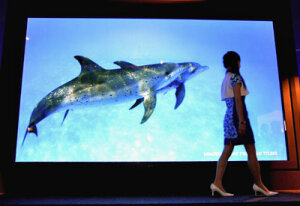 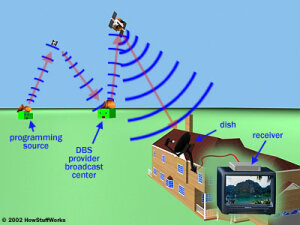