Like other gadgets, electronic language translators have succumbed to feature bloat. Many offer an amazing array of features and functions that have nothing to do with translation. Personally, I doubt most folks are going to throw out their iPods and Kindles because their translators come with an MP3 player and an e-book reader, but perhaps they'll consolidate to a single device to save some space in their carry-on luggage. The same holds true for notes and task management -- it seems unlikely that serious business travelers will use those tools on an electronic translator when they have perfectly good apps on their tablets or cloud-based solutions that they access through their tablets. Still, if those kinds of extras appeal to you, you can find them on many translator models.

There are a few non-language-related features you should consider, however, especially if you're a frequent traveler. Many electronic translators come with currency and metric converters, as well as clothing and shoe-size converters. Local and world clocks can also be handy to help you keep track of changing time zones. And you may also appreciate a factbook, which includes key data and statistics about countries around the world.

The most important features, of course, are those related to translation. Some translators function as bilingual dictionaries, just like the English-to-Spanish, Spanish-to-English dictionary of your high school days. Even though such devices ship with a single language, they may be expandable, courtesy of a secure digital (SD) card.

If you're planning a trip to more than one country, think about a multilingual translator. Many devices in this category come with 12 to 15 languages, but a few offer a whopping 49 languages! Don't be seduced by that number. In fact, machines with more languages often have smaller dictionaries covering only the most necessary words or phrases. For example, the Lingo World Traveler has 44 languages, but it's limited to 980,000 words and phrases. On the other hand, the ECTACO Partner 13MT900 Grand Multilingual Talking Electronic Dictionary and Audio Phrasebook features 12 languages and 7 million entries. The model also offers another high-end feature: human pronunciation. Not only that, the device can recognize speech in any of its core languages.

A final language feature worth noting is whether an electronic translator provides full text machine translation. This enables you to type in text and have it translated using the statistical methods we discussed earlier. This comes in handy when you need to translate, say, road signs or perhaps a prescription. The ECTACO Partner 13MT900 supports text translation in 130 languages. You can either type in text or -- get this -- input it with a hand-held scanner, which comes standard with the device.

Heck, had Clark Griswold taken an electronic translator as powerful as this on his European vacation, he might have avoided several embarrassing situations. Then again, not even the most sophisticated model would have helped him navigate the traffic circle in downtown London. Hey, kids, look: Big Ben, Parliament.

So how much are you willing to pay to communicate more effectively in a foreign land? As you might expect, electronic translators come in a wide variety of price points. A simple non-talking translator might run anywhere from $60 to about $120. But more advanced machines are going to smack penny-pinchers where it hurts. A multilingual speech-to-speech translator with a color screen, text translation, spoken pronunciations and language-learning capabilities could top out at $1,000. 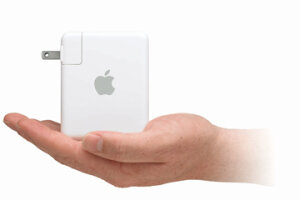