by Marshall Brain
Prev NEXT
9 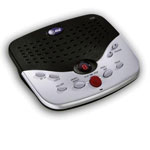 Can we even imagine a time before answering machines and voice mail? Probably not. But there once was a time when, to use a telephone, both people had to be on the phone at the same time. You actually had to pick up the phone when it rang.

The answering machine changed all that, and it really was a miracle. The basic machine had two cassette tape decks -- one for the outgoing message and one to record all the incoming calls. A microprocessor controlled everything so that you could listen to your messages, skip from one to the next and erase them. The two-cassette model then got simplified to a single cassette, and eventually the whole thing was simplified even more by using computer memory.

It's funny to think back to that time, because there was a whole social etiquette thing that people had to work out. Especially when the machines were first flooding the market, those who sat at home and "screened their calls" were considered pretentious snobs. It really was considered bad form to not pick up the phone if you were actually at home when it rang. Today, of course, no one cares.