by Marshall Brain
Prev NEXT
5 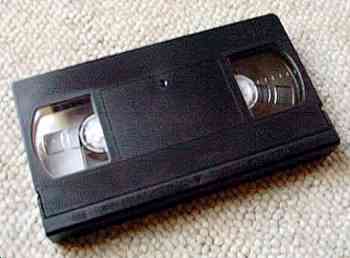 The VCR sparked the creation of video rental stores and first allowed movies to be sold on tape.

­While you are trying to imagine a time when you didn't have a personal computer or a portable music player, try to imagine this: There once was a time when there were only three TV stations, and there was no way to watch a movie at home unless one of those three stations broadcast it (full of commercials, of course). It really is hard to believe that there was a time when you couldn't "rent a movie" on a Friday night. But that's what it was like in the early 1980s. The Blockbuster video store chain did not open its first store until 1985.

Two things happened in the 1980s that changed the face of TV forever. The first was the VCR, and the second was cable TV, which we will talk about later in this section.

The VCR uses the same technology that a Walkman does, so it doesn't seem like recording on video tape should be that hard. It's the same kind of magnetic tape, and the same kind of recording head in both devices. The problem is, if you tried to store video information in a linear track like you do on a normal cassette music tape, the video tape would have to be about 50 miles long to hold a two-hour movie. The tape would be moving over the head at more than 25 miles per hour. A 50 mile spool of video tape would be as big as the tire on a car.

The genius of a VCR is that the tape is wide, and the recording head is on a drum that spins at 1,800 RPM. Each frame of video data is written on the tape as a long diagonal stripe, like this:

By doing it this way, the head is moving over the tape at 25 miles per hour, but the tape only moves at 1.31 linear inches per second.

All of this technology was figured out long before the 1980s, but it was bulky and incredibly expensive. What happened in the 1980s was the development of the mass-produced video cassette, cheap manufacturing in Asia and cheap microprocessors to control everything. With those three things in place, VCR prices could fall below the magic $1,000 mark.

Because of the microprocessor inside, the new VCRs could record shows even if you weren't there. So anyone could record anything off of their TV for the first time. Never before had people been able to "time shift" a show, or fast-forward through commercials. It gave people an incredible amount of control over TV and it felt great.

Movie studios saw an opportunity to make more money, and they started to sell movies on tape. These tapes were expensive - sometimes as much as $70. So the whole idea of the video rental store quickly appeared. Now you could watch just about any Hollywood movie in your home for just a few dollars. This gave birth to the whole new idea of a "home theater." The first primitive projection TVs came out about the same time and made the home theater idea that much more appealing.

It is hard to imagine just how much freedom people gained from the VCR, and how good that freedom felt. But here is one way to think about it. In 1980, there were exactly two ways to watch a movie. Either you saw it in a movie theater, or one of the "Big Three" TV networks broadcast it (with commercials) on "Million Dollar Movie" night or something like that. Thousands of Hollywood movies had been made, but no one had any way to see them. The VCR and the video rental store completely changed that.

For more information on VCRs, see How VCRs Work.