by Marshall Brain
Prev NEXT
2 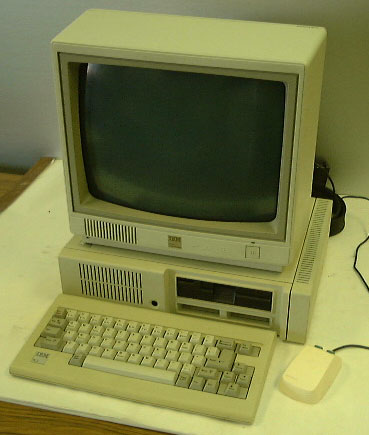 When IBM released the PC, it came with an operating system called DOS. Like just about every operating system at the time, DOS had a command-line interface. You typed in commands like DIR or COPY, and the operating system would respond. The advantage was that these systems were simple to program and they fit well with the character-based screens that were common at the time. But "normal people" (meaning, non-geeks) had a lot of trouble feeling comfortable with DOS.

Then in 1984 there was an event that changed everything. Apple released the Macintosh computer with its unbelievable Graphical User Interface (GUI). Because we all use GUIs every day, it is hard for us to understand today how revolutionary the Mac was. But if you ask people who lived through the transition, many of them can actually remember the day they saw their first Mac. I do.

A local computer store in Albany, NY had gotten a Mac in stock and had it on display. Four of us got in a car and drove there to see it. When you first saw the Macintosh, you felt as though you were looking at an alien creature that had landed on the planet. The form factor was completely different from anything on the market. The screen was crisp and paper white with black characters (nearly every screen you looked at in 1984 was black with white or green characters). And then there was the mouse.

When you first held the mouse, you realized that it was shockingly easy to use. It took your brain about three seconds to understand how the mouse mapped to the cursor. But since no one had ever seen a mouse before, it was not obvious how "dragging" or "double clicking" worked. Once the salesperson showed one of us, however, we immediately understood it. At that point, you could use the machine. How do you delete a file? It was obvious -- drag it to the trashcan. How do you move a file? Drag it from one place to another. How do you open a file? Click it. You did not even need to know the name of the application, which was essential in the PC world (so you could type it into the command line). Drawing on this beautiful, paper-white screen using the mouse was a dream. So was typing, because the Mac had actual fonts rather than block characters. What you typed looked like you were reading a book. It was absolutely, utterly amazing.

It was so amazing, in fact, that everyone uses a GUI today. We would be lost without the graphical user interface. The thought of trying to navigate the Web from a command line is too painful to even contemplate.

The GUI did not become ubiquitous in the 80s, however. Microsoft did not get Windows figured out in any real way until version 3.0 in 1990, and version 3.1 was where things really took off. That was not until 1992.

Next we'll look at some technology that made music more portable in the 1980s: CDs and Walkmans.