Browse the article 5 Tips for Picking the Right Smartphone 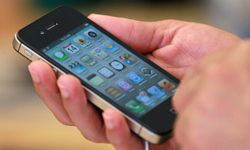 Smartphones are supposed to make our lives easier. With the right smartphone you can manage e-mails and appointments, get directions, keep track of your workouts and what you eat, shop, share information with friends, listen to music and watch movies. So why is finding the right smartphone so darn confusing?

Lots of people feel stupid when picking a smartphone. Which is the best platform, Android or iPhone? How can you find the best deal on the phone you want when not every cell phone carrier sells or works with all models? How can you avoid paying for minutes or data plans you never use? How can you avoid overage charges? Which phones have features worth skipping and which features are must haves? Do you even need a smartphone or will a regular mobile phone do?

Smartphones aren't cheap (and neither are the plans they sometimes require), so taking the time to do a little research first and figuring out exactly what you need, want, and can do without, is worth it. We'll show you how to narrow down your options, find the right phone, carrier and plan for you so you end up with the right smartphone -- and maybe even some money left in your pocket. With these five tips for picking the right smartphone, you'll be leaving the cell phone store with the right phone and feeling downright...well, smart.

Make Sure You Actually Need a Smartphone 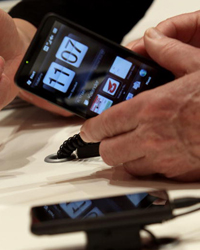 A visitor examines an HTC smartphone at the Vodafone stand at the CeBIT Technology Fair on March 3, 2010 in Hannover, Germany.
Sean Gallup/Getty Images

This seems like a pretty silly statement, but the first step in picking the right smartphone is to make sure you actually need one. Smartphones are expensive, and so are the coverage plans they require. It's easy to use more data than your plan allows and wind up with expensive overage charges. Even if you don't go over, you could end up paying for a data plan that you barely use.

So, how do you know if you need a smartphone? Look at how you use your current cell phone. Maybe you only use your phone for talking and the occasional text message. If you already have a GPS system and an MP3 player, you can make do with a regular phone that doesn't offer music or directions. You might not want e-mail on your phone. Getting a smartphone often means having immediate access to work e-mails, social media and the Web. Not everyone wants to be that connected.

On the other hand, think about how you'd like to use your phone. If you hate feeling like you're missing out on the latest tweets, updates from your friends, and news, then a smartphone will probably seem worth it to you. If your job requires you to be connected all the time, providing immediate responses to e-mails and questions, a smartphone makes sense. You may already have an MP3 player and GPS, but having all those features in one handy device can make life easier and less cluttered. Finally, if your lifestyle has a long commute on public transportation, or if you often have a lot of downtime when you're in public, a smartphone can help you pass the time.

Cell phone companies are almost as confusing as the phones they offer. They each have different plans, work with different phone manufacturers and have differing levels of service and coverage. You also have to decide if you're willing to pay as you go with a smartphone, or if you want to be locked into a contract. Having a contract can save you some money, but it means sticking with that cell phone company for years. If you choose the wrong company or plan and sign a contract, you're stuck.

To find the right cell phone company, check out which company has the best coverage where you live. Having a great smartphone is meaningless if you can't connect to the Web or are constantly dropping calls. Look at the coverage maps available at any cell phone carrier's website. In addition to making sure the area you're in has good coverage, make sure the network you want is available in your area. Smartphones tend to work best on the faster 3G and 4G networks. If only a slower network is available in your area, you'll probably want to find another carrier to get the best out of your phone. You should also make sure coverage is good in areas where you frequently travel.

Also check out consumer reviews of the coverage offered by various networks in your area. A cell phone company may have a network in place where you live, but the actual users are the ones that will let you know how strong the signal tends to be, and if calls get dropped. If a carrier seems to have great coverage in your area but actual customers say otherwise, take your business somewhere else. You'll also want to compare the various prices and plans offered by the carriers in your area. Finding the best combination of price and plan is critical for our next tip. Keep reading to find out what it is.

In most cases, your smartphone plan will be a bigger expense than your phone. Let's say you had to have a certain phone and you were OK with paying $600 for it with no discounts. The plan for that phone could run for two years, at over $100 a month. You could end up paying four times as much for the plan than the phone.

Before shelling out all that cash each month, think about how you want to use your phone. If you plan using mainly it for talking and texting, with only a little bit of e-mail or web surfing, see if you can find a plan with less data. If you're constantly online and want to download apps, games and movies, you'll want to spring for more data. Other parts of the plan to consider include if unused data, text and talking minutes roll over from month to month, or what the penalty for breaking the contract is. If, for example, you move out of the cell phone carrier's coverage area, you don't want to have to pay hundreds of dollars just to get out of your contract.

Four of the most common operating systems for smartphones today are Apple's iOS, which runs iPhones, Google's Android system, Microsoft's Windows Mobile and Research in Motion's Blackberry OS. Unless you're a technophile, you may not notice differences in how each of these systems operate. What you will notice, however, is the availability of different programs and apps across various platforms.

If you plan on using a lot of apps on your smartphone, you might want to avoid getting a Blackberry. The Blackberry OS is great for using e-mail and Web browsing, but it doesn't have as many apps as other browsers. If you want a lot of apps, an iPhone is your best bet. The Apple app store is the largest in the world. The downside of Apple OS is that it's only available on Apple's iPhones. Android-powered phones are quickly making up ground against Apple where apps are concerned, and the Android operating system is available on a range of phones, making it easier to find one that fits your life exactly. A Windows mobile phone is good to get if you plan on doing a lot of work on your phone. Since it runs a mobile version of Windows, which you may already have running on your computer, it can easily let you see and work on spreadsheets and documents right on your phone. 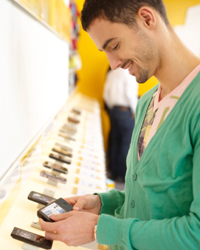 If you follow these tips, your next smartphone won't be just smart -- it'll be a genius.
altrendo images/Stockbyte/Getty Images

Once you've decided on your phone budget, operating system, carrier and plan, you've got one task left: deciding on a phone. Take your time on this. You may end having the phone for two years, taking it everywhere with you and using it more than any other appliance. You need to make sure the actual phone suits your life.

Check out all the phones the carrier you're going with has in your price range and with the operating system you want. Think about the tasks your planning on using your phone for, and try them out on the demonstration phones in the store. See if the key board is comfortable, and how easy it is to switch between applications. If the phone has a trackball or touchscreen, see if it's easy to use or if you're constantly clicking on the wrong thing. Make sure the phone will fit comfortably in your hand, as well as your pocket or purse. Also make sure you like the look of the phone -- after all, it's going to be your constant accessory. Put the phone to your ear and make sure that's comfortable as well. If you know people who have a phone you're interested in, ask them about it. Also read user reviews online to see if the phone has issues like getting hot after prolonged use, or breaking easily.

Follow these tips and your next smartphone won't be just smart -- it'll be a genius.