How precise can clocks be? 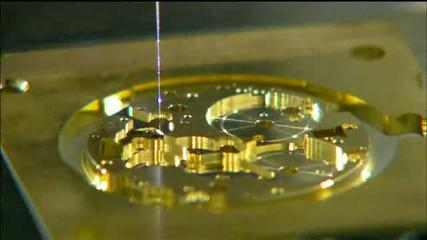 High-end watches can vary in accuracy depending on their mechanisms. Watch manufacturer Seiko claims its Spring Drive -- an electrically adjusted automatic mechanism -- varies by no more than one second per day, for example. Breitling, which markets its watches as pinnacle-of-performance timepieces for aviators and sailors, bills its automatics as meeting the Swiss Official Chronometer Testing Institute (COSC) standard for daily variation: no more than four seconds fast or six seconds slow per day. Quartz watches -- even relatively inexpensive ones -- can be expected to vary or drift by one second or less over the course of 24 hours [source: Lombardi].

The Bulova Precisionist has a claimed accuracy of 10 seconds of variation per year, drifting less in one month than a decent quartz watch might vary in a day. That may sound very accurate, and may be totally acceptable for most users. But wristwatches as a whole can't hold a candle to the mother of all accurate timekeepers: atomic clocks.

Forget pendulums; these precision machines use a variety of methods to measure the inherent oscillation of individual atoms. Working as tiny resonators, atoms vibrate at extremely high frequencies; Cesium atoms, for example, resonate at 9,192,631,770 hertz, or cycles per second. Atomic oscillation is also very consistent: Researchers behind a London-based clock using the so-called Cesium fountain process say that their machine is accurate to within two 10 million billionths of a second. Granted, the clock suffers from the inherent problem with atomic clocks from a consumer standpoint: they're large, sterile arrays of chambers, tubes, wires and scaffolds -- not something that would look nice on your wrist, and not exactly an affordable item available at the corner drugstore [source: Loftus]. But it's nice to know the gold standard when you're talking about time. (Learn more about atomic clocks in our article, How Atomic Clocks Work.)

The Bulova Precisionist is nowhere near as accurate as an atomic clock, but it does hold its own against other wristwatches in its price range. Read on to learn how the watchmaker squeezes this level of precision out of what is essentially an accurized quartz movement.