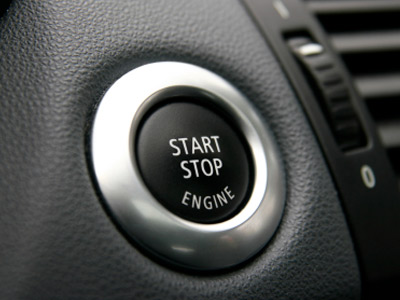 High-tech smart keys do more than just open doors. They also store driver comfort settings and allow you to start or stop your vehicle's engine with the push of a button.
iStockphoto.com/COffe72

On newer cars, keys do a lot more than just lock and unlock doors. A signal from an invalid keyfob can trigger an alarm system or even disable the engine. This way, if someone enters the car without a valid ignition key, they won't be able to drive away.

For those who don't want to go through the hassle of pushing a button every time they want to open the doors, there is another option available. Several automotive manufacturers, especially those that produce luxury and hybrid cars, are switching to systems that use smart keys. Smart keys are part of a computerized system that uses sensors and microchips to automatically unlock the doors and start the vehicle without the use of a key [source: Toyota]. Smart keys are often shaped more like plastic cards than actual keys.

On smart key systems like these, the driver needs only to walk up to the car and the doors unlock automatically. When he or she sits inside, they press an "engine start" button to get the car going without physically turning a key. As long as they have the smart key somewhere in the vehicle, perhaps in his or her pocket or purse, the engine will start. The key can also store information like power seat and mirror settings [source: Braunstein].

How good are these smart keys when it comes to anti-theft technology? Well, for one, they also use rolling codes. A computer inside the vehicle recognizes the rolling code projected by the smart key, and then verifies it before starting the engine. BMW's smart keys also use computer-encrypted microchips to ward off car thieves who want to exploit this technology [source: Popular Mechanics]. This way, no one can use just any smart key to open up your vehicle's doors or start its engine. The technology may be more advanced, but the effect is basically the same: your key matches your car.

So is this new advanced key setup a better method of keeping your vehicle safe? In many ways, it is, but researchers, hackers, and would-be car thieves are always coming up with new ways to try to steal what's yours. If and when these criminals crack the latest technology, you can be sure that automakers will be prepared to offer something new.

You can read more about automotive electronics and other related topics by following the links below.