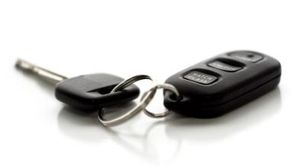 Your keyfob is a tiny device with a big job -- to keep your car from being stolen. See more car gadget pictures.
©iStockphoto.com/Tom England

­Did you ever notice that it seems you never have to actually put the key into the car door to unlock it anymore? Keyless entry systems -- which use a small radio transmitter built into a keyfob to unlock the doors -- have become standard equipment on almost every new car.

When you push the button on your keyfob, it transmits a signal to the receiver inside your vehicle tuned to receive that particular frequency. This triggers the doors to lock or unlock depending on which button you push. The same technology is used to open your automatic garage door at home.

But when you think about it, you're entrusting the safety and security of your automobile to a very tiny and seemingly simple device. Why is it that your keyfob doesn't unlock the door to a similar model car -- or even a different car? And what's to stop a thief from using the same signal to get into your vehicle?

­It's not often you hear about cars being stolen using this method. The reason: it simply doesn't happen very often. While it's theoretically possible, the technologies used in modern remote entry systems -- like rolling codes and data encryption -- make a theft of this nature pretty difficult to pull off. If a thief wanted to steal your car this way, he or she would have a pretty high-tech mountain to climb.

Next, we'll discuss why you don't necessarily have to worry about someone using your vehicle's keyless entry system to make off with your ride.

Modern keyless entry system broadcast on a frequency between 300 and 400 MHz (megahertz). But if your keyfob sent out just a single signal, then every fob would open every car of that make and model. To ensure that no one can use his or her fob to open your car door, it's necessary produce a signal that is unique to every car.

This is where rolling codes, also known as hopping codes, come in. Whenever you press the button to unlock your car, the exact frequency transmitted by the fob is changed, and the receiver inside the car only grabs onto that particular signal. In other words, the code "rolls" or "hops" each time you use it. A controller chip inside the car receives the signal and is responsible for changing the code each time the lock or unlock button is pushed.

Before this rolling code system was developed, thieves were able to use electronic devices called "code grabbers" to lock onto your keyfob's unique signal. With rolling codes, the signal is unique every time, rendering a code grabber device useless [source: Lake].

In addition, the code is stored inside the car, not within the keyfob. A thief would need to break into the car to access the code, which defeats the purpose of getting it in the first place.

The numbers generated when the code hops is random. However, in theory, an astute hacker dead-set on stealing your car could find a way to anticipate the next code in the sequence. For this reason, the codes are encrypted as well, making each electronic keyfob have billions of possible codes.

However, no security system is totally foolproof. In 2007, a group of researchers discovered vulnerability in the algorithm used by nearly every car manufacturer to encrypt their security codes. With this vulnerability, they found they were able to unlock any car made by that automaker with the keyfob from just one of them [source: Zetter].

Do you need to worry about your vehicle being stolen from your parking lot this way? Probably not. After all, the method mentioned above is extremely high-tech and actually very complicated. That puts it out of the scope of most car thieves. It's simply easier and faster for a car thief to just try their luck by smashing a window and attempting to hot-wire the ignition.

In this next section, we'll take a look at more advanced anti-theft systems built into your keys, and analyze whether or not they're worth the cost.

So how about even more advanced anti-theft systems? Are they worth the extra cost? Read the next page to find out.

Can you open your car door with a cell phone?

There's a rumor swirling around the Internet that says if someone calls your cell phone and presses the "unlock" button on your car's spare remote key as you hold your phone near the car door, the door will unlock. In other words, if you lock your keys in the car, you can call someone at home and he or she can open it remotely with another keyfob.

Sounds handy, right? But is this true? Well, unfortunately it isn't. The keyfob for your car door broadcasts on a range far above audible sound, which is encoded by the cell phone. The radio signal from the keyfob simply can't be transmitted by the mobile phone [source: Discovery Channel]. 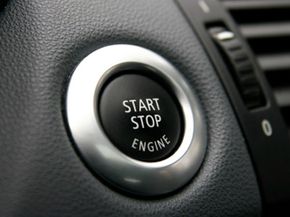 High-tech smart keys do more than just open doors. They also store driver comfort settings and allow you to start or stop your vehicle's engine with the push of a button.
iStockphoto.com/COffe72

On newer cars, keys do a lot more than just lock and unlock doors. A signal from an invalid keyfob can trigger an alarm system or even disable the engine. This way, if someone enters the car without a valid ignition key, they won't be able to drive away.

For those who don't want to go through the hassle of pushing a button every time they want to open the doors, there is another option available. Several automotive manufacturers, especially those that produce luxury and hybrid cars, are switching to systems that use smart keys. Smart keys are part of a computerized system that uses sensors and microchips to automatically unlock the doors and start the vehicle without the use of a key [source: Toyota]. Smart keys are often shaped more like plastic cards than actual keys.

On smart key systems like these, the driver needs only to walk up to the car and the doors unlock automatically. When he or she sits inside, they press an "engine start" button to get the car going without physically turning a key. As long as they have the smart key somewhere in the vehicle, perhaps in his or her pocket or purse, the engine will start. The key can also store information like power seat and mirror settings [source: Braunstein].

How good are these smart keys when it comes to anti-theft technology? Well, for one, they also use rolling codes. A computer inside the vehicle recognizes the rolling code projected by the smart key, and then verifies it before starting the engine. BMW's smart keys also use computer-encrypted microchips to ward off car thieves who want to exploit this technology [source: Popular Mechanics]. This way, no one can use just any smart key to open up your vehicle's doors or start its engine. The technology may be more advanced, but the effect is basically the same: your key matches your car.

So is this new advanced key setup a better method of keeping your vehicle safe? In many ways, it is, but researchers, hackers, and would-be car thieves are always coming up with new ways to try to steal what's yours. If and when these criminals crack the latest technology, you can be sure that automakers will be prepared to offer something new.

You can read more about automotive electronics and other related topics by following the links on the next page.

Patrick E. George "Can other people unlock my car door with their remote?" 18 February 2009.
HowStuffWorks.com. <https://electronics.howstuffworks.com/gadgets/automotive/unlock-car-door-remote.htm> 17 May 2022
Print | Citation 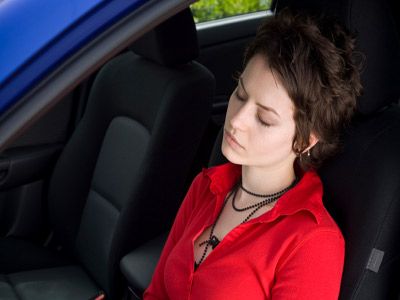 Up Next
How Anti-sleep Alarms Work
Explore More 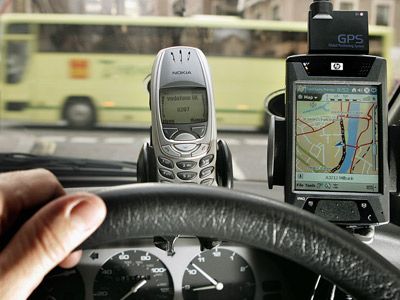 You May Like
Do car GPS devices cause more accidents?
Explore More 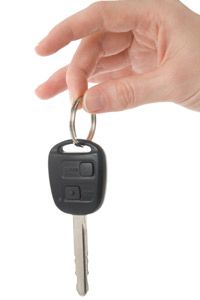