What is Sirius Backseat TV? 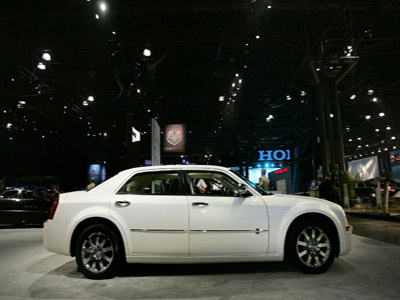 The Chrysler 300 shown here is one of the cars that features Sirius Backseat TV.
Chris Hondros/Getty Images News

Sirius makes its appeal to parents by summoning a refrain they should know very well: "Never again be asked, 'are we there yet?'"

Like a high-tech, electronic nanny, Sirius Backseat TV offers to keep the kids pacified and occupied while they're being ferried about in their parents' vehicle.

What is Sirius Backseat TV, anyway? Simply put, it's a mobile entertainment service that consists of Sirius tuning hardware and a monthly subscription for the programming. For the moment, it's available as an installed option exclusively on new Chrysler, Dodge and Jeep vehicles. It'll set you back $470 for the receiver and the first year of service, and it's available on these vehicles:

­But if you're not buying a new Chrysler, Dodge or Jeep, you can also have it installed as an aftermarket option, similar to a custom car stereo system. As an aftermarket option, Sirius refers to the product as the Sirius Connect Audio/Video Tuner (SCV1). If you buy the unit separately to mount in a car you already own, it'll cost you about $300, plus a $6.99 monthly subscription fee and the normal $12.95 monthly Sirius satellite radio subscription, which you must have in order to get the satellite television service.

You must supply the backseat monitor (or monitors) yourself, and, like Sirius radio, the system can be integrated with your existing car radio and DVD player.

The system includes two small antennae that are installed on the roof of your car, and the TV channels are squeezed into the same swath of spectrum bandwidth as Sirius' 130 radio channels. The video quality has generally received good marks from reviewers -- you won't mistake it for HD, but users report they see none of the lag or pixilated imaging that has plagued some mobile video services in the past.

Like other satellite-dependent entertainment systems, Sirius broadcasts can fade out in inclement weather or when the vehicle is near obstructions like tall buildings or tunnels. That's because these disturbances keep the satellite signal from reaching your antenna or dish. Satellite industry suppliers are constantly developing equipment to decrease the weather's impact on your signal, known as "rain fade" [source: Carter].

Backseat TV comes with a child-friendly wired remote control that lets backseat viewers select between channels. People in the front seat also get a wired remote they can use to select their own Sirius radio programs.

The Backseat TV programming itself is television that incorporates shows from Nickelodeon, The Disney Channel and Cartoon Network. Nickelodeon and The Disney Channel feature round-the-clock airings of their full-length shows, including SpongeBob SquarePants, Dora the Explorer, Hannah Montana and Cory in the House. The Cartoon Network offerings are much shorter and are packaged into a sub-brand called Cartoon Network Mobile. Instead of full-length shows, this network runs short-form programming that includes two- to 11-minute clips from shows like Chowder, My Gym Partner's a Monkey and Foster's Home for Imaginary Friends.

­Parents and children alike have plenty of reasons to love this technology, but is it a good idea to drive with live television in your car when distracted driving remains such a touchy issue? Before you form an opinion, read the next page.